Stories From the Quilt

The 47,000 panels of the AIDS Memorial Quilt are a tangible demonstration of love and loss, life and determination. Here are seven stories from the Quilt. 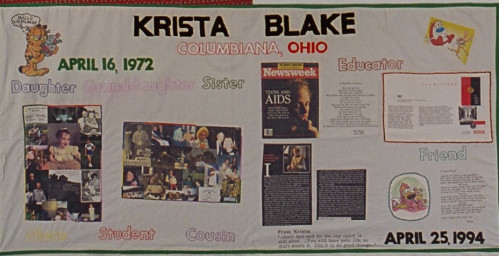 “One of the most heart-wrenching experiences a grandfather must endure is the death of a beautiful, intelligent 22-year-old granddaughter that he deeply loves.  It’s been said that grown men don’t cry, but you can believe me when I say that I cried and I still cry inside when I think about what has been lost. My granddaughter and I had a marvelous relationship.  The love that engendered that relationship still endures and the dignity and strength with which she bore her affliction inspires and sustains me as I approach the winter of my life.” 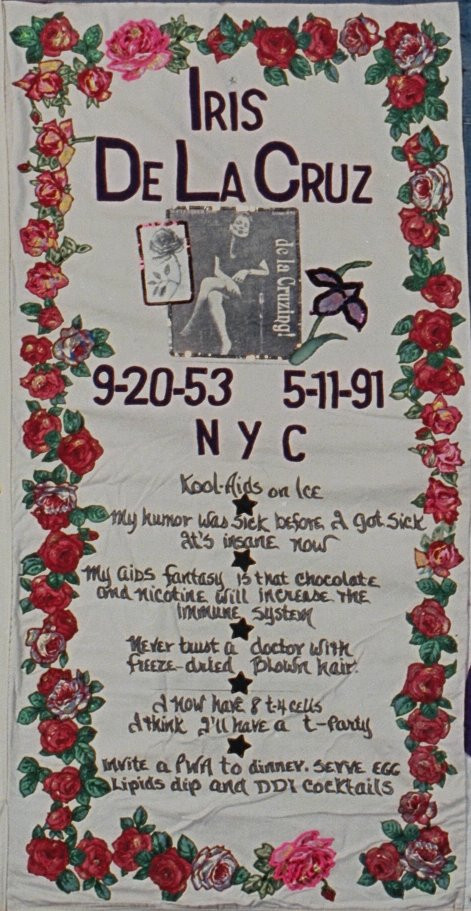 “My daughter, Iris De La Cruz, was one of the first female activists in the world of AIDS.  There was no place for women to go with their illnesses.  She was told that nothing she had was AIDS-related. She went all over America to fight for women. She started a support group for women with AIDS. She ran heterosexual dances so that people with AIDS could touch and hug each other. She spoke at conferences to people in DC, begging for women’s issues to be recognized.      After she died in 1991, I continued her fight and finally opened the first center for women with AIDS in NY.  It is called Iris House in my daughter’s honor.  It is located on Adam Clayton Powell Blvd in NYC.” 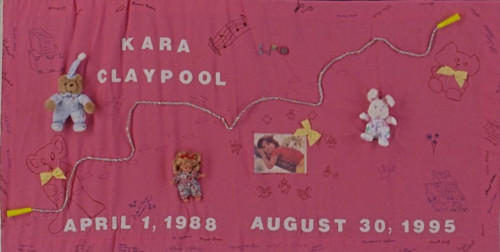 “On behalf of the students and staff at Willard Elementary School in Spokane, Washington, I would like to present this Willard quilt square in fondest memory of Kara Claypool.  Kara enjoyed two years of school with us before her death in August of 1995 and we certainly enjoyed Kara.  She appreciated every day, and helped us to focus on what is actually important in life.  After taking her medication in the office at lunch, she always stopped to chat with me and collect a surprise.  She thought it was her reward; sharing time with her was mine.”

“I was pregnant with my third child when my brother Jose was very sick.  I told him that if I had a son I would name the baby after him.  Right after I gave birth to little Joseph, we flew to California so that Jose could meet my son. He held the baby up high in his arms and radiated such joy.  I believe he held on to see my son.  Just one week later, my brother died.  My little Joseph knows all about his Uncle Jose.  He sees his pictures and mentions him in his prayers at night.  Jose will always be with me in my heart.” 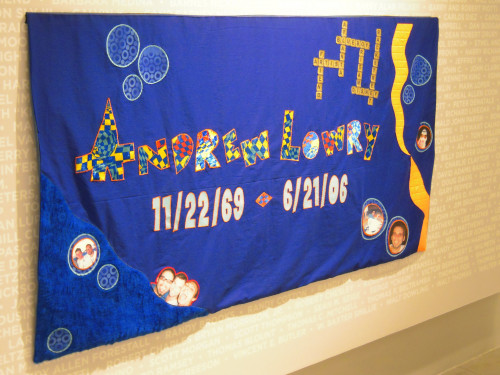 “Andrew was inspiring in so many ways. [He was] open and unapologetic with his HIV status. He was passionate about his art and art in general. He came up with the idea that our birthday presents to each other had to be personally handmade. He never said it, but now looking back I think it was his way of trying to get me to let go of my inhibitions around creating art. To this day, I have not met an individual with as strong a work ethic as he had…very admirable. His approach to anyone and anything was always with such positivity.   I think of Andrew on occasion and during this time of creating his panel I thought of him day and night. I have surprised even myself with some of the things I walked away with…a desire to try and live with a greater sense of possibility…to not shy away from expressing myself through some form of art…be a better friend whenever I can…to want to have the respect, even in spirit, from a loved and lost friend.” 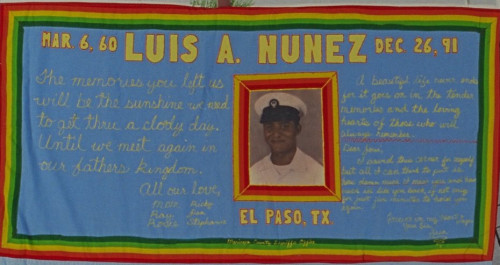 “For so long I wanted to sit my brother down and tell him everything I had not said.  Instead, I wrote him a letter and the day he received it, my brother had taken a turn for the worse.  When my sister told me he could no longer read, I made her promise that she would sit down and read it to him until he understood every word…Two days later, which was the day after Christmas, he died.” 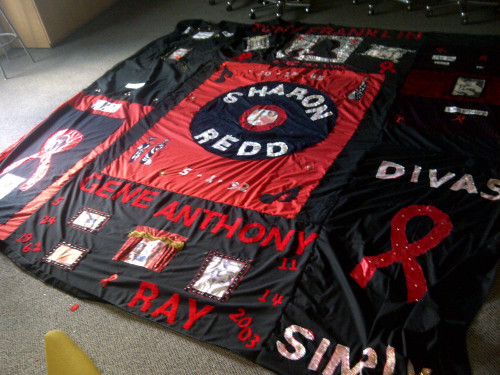 “I decided to make a panel for Sharon, because after 30 years, I never knew a time when I did not know of somebody who had become infected—when people said that women don’t get infected, I always knew that Sharon Redd was infected. I knew that. I knew that back in the day when we were doing Dream Girls, and I remember when Sharon got infected, I said to people, ’If Sharon’s infected, y’all, we’ve got a real problem.’ And people called me stupid, they told me I didn’t know what I was talking about. They said that her infection was just a fluke. And I said, ’My God, it’s not a fluke, it’s a human being. It’s a woman!’ And it’s not that I need to be right, but I was right.”

Through Darkness, We Must Always See the Light