After being sexually assaulted, Christina Turner was prescribed post-exposure prophylaxis (PEP) to prevent potential HIV transmission from taking place. She did not contract the virus. But, the Huffington Post reports, the Florida resident was later denied health coverage when an insurer learned she had taken HIV medication, which raised questions about her medical history.

Such stories are among the results of the Huffington Post Investigative Fund’s citizen journalism project, which invites readers to share stories and personal anecdotes about their experiences with insurance companies. The Fund’s investigation hopes to reveal data that can help the nation address the larger issue of health care reform.

Some women have told the Fund they were denied insurance because of preexisting conditions that resulted from being raped, such as post-traumatic stress disorder or a sexually transmitted infection. Others claimed that insurers turn down long-term mental health care to sexual assault victims.

Magellan Behavioral Health Services, one of the nation’s biggest managed-care companies, went on the defensive. “We’re not denying care,” said its medical director Lawrence Nardozzi, MD. “We are exercising our responsibility to make sure that medical necessity is met.”

According to experts, once patients mention they have taken HIV medications at any time, many insurers will assume they are HIV positive and deny them coverage regardless of their actual serostatus. “It’s basically an automatic no,” said Cindy Holtzman, an insurance agent and medical billing expert at the Georgia-based Medical Refund Service.

“What are you supposed to tell women now?” asked Diana Faugno, a forensic nurse in California. “Well, I guess you have a choice—you can risk your health insurance, or you can risk AIDS. Go ahead and choose.” 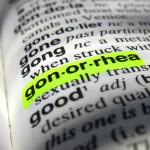