WHO Recommends New “Treat All” Guidelines for Hepatitis C

The global health organization hopes to apply lessons learned from its work with HIV.

Every person living with chronic hepatitis C virus (HCV) around the world should have access to treatment—no matter what stage of the disease they’re in, say new guidelines from the World Health Organization (WHO). The organization’s new “treat-all” approach is inspired by important lessons learned from the fight against HIV, Avert reports.

This is the first treatment update WHO has made since 2016. Advocates say the new guidelines will mark a new era of access for the estimated 71 million people living with hepatitis C around the world—much like the treat-all strategy did for HIV. For example, the organization’s new recommendations could fast-track access to new and effective hepatitis treatments. With increased competition, prices over HCV treatments are also likely to fall, allowing more low- and middle-income countries to afford next-generation cures.

However, one population some worry could be left out by the guidelines is people who inject drugs, who may be subject to forced sobriety periods before they are given treatment. Additionally, treating injection-drug users may not be cost-effective, considering the risk of reinfection if HCV treatment is given without increased access to prevention and harm reduction services.

Currently, global targets call for the elimination of hepatitis C by 2030. But in 2015, just 20 percent of people living with chronic HCV worldwide were aware of their status and just 7.4 percent were on treatment. WHO’s new guidelines will likely kick-start an expansion of access to lifesaving cures—now, it’s up to individual countries to take the lead in driving down HCV rates. 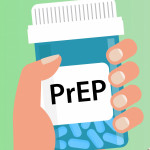 People Without Insurance Can Get Free PrEP