A married long-term survivor reflects on a difficult choice the couple may have to make to afford future HIV treatment.

I wasn’t supposed to live to see retirement. At least, that’s what I believed when I was 23—and that’s what I’m seeing now five years before leaving the workforce. In 1989, I was part of the first wave of individuals diagnosed with HIV. Back then, the expected lifespan after someone tested HIV positive was 7 to 10 years. I figured I would be checking out from this life by my 30th birthday.

I also left Catholic seminary in 1989, but I was still drawn to help others, so I decided on a life of service in the secular world. I dedicated my life to helping other people living with HIV and AIDS by providing front-line services as an HIV case manager, a treatment advocate and an associate director of an AIDS service organization. Eventually I found my way to a local health department where I’ve spent the last 20 years working with disenfranchised populations, currently as a senior manager working with the residually uninsured.

Today, my husband is on my work health insurance. Now 67, he’s had Medicare for two years and each year we explore the option of moving him to a Medicare Advantage Plan (MAP), which would free up $500 a month to cover him on my plan. My hubby, to be clear, is also HIV positive. We are both on a modern medicine, which costs over $2,000 for a one-month supply of 30 tablets. Our insurance, one of the best you can get, has a copay of $20 for a three-month supply. An absolute deal, and one that we are grateful to have. The trouble comes when we look at how that medication is covered by a MAP.

The methodology of how MAPs cover “higher tiered” medications such as our HIV meds gets quite complicated. Suffice it to say, even MAPs targeted at the HIV community result in the plan member having to pay around 25% of the monthly cost, usually resulting in nearly $700 monthly copays for the entire year.

There is a national program called the AIDS Drug Assistance Program (ADAP), which has been around since 1987. It is a wonderful program that provides coverage for individuals otherwise unable to get their medications. ADAP requires individuals to have an income at or below 500% of the Federal Poverty Level (FPL), which is currently $64,400 per year for an individual or $73,350 for a married couple. My husband and I fall into the abyss of doing too well to qualify for ADAP. My healthier income plus his modest Social Security income puts us over these amounts. 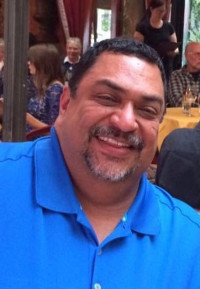 The Medicare system is still not fully up to date for the middle-class aging HIV population. I know I must not be the only person seeing this landscape. Why I haven’t I heard others screaming about this? Are we supposed to go quietly into retirement accepting an imperfect situation saying, “Thank you, sir. May I have another?”

Having found ourselves in the same place this year, I decided to reach out to a local AIDS service organization and spoke with a lovely HIV benefits specialist. The landscape of benefits has changed so significantly since I was on the front line. I knew I needed a specialist who was up to date on all things HIV. He initially stated that, because of my income level, he would be unable to enroll my husband as a client, but he would offer some quick guidance.

“You’re thriving,” he stated flatly, smiling if one could discern what that sounded like over the phone. “You have what none of my clients currently have,” he added. I explained that even with my income, I am still distinctly middle-class. And as our conversation progressed, he came to the same conclusions that I previously had with my husband: switch to an older combination of antiretrovirals or divorce my husband to separate our income at some point in the future—when I retire and can no longer cover my spouse so he can meet the income threshold.

So it seems I wasn’t supposed to live to see retirement, or I shouldn’t have done as well as I have because our HIV safety net programs weren’t designed to handle situations like mine—a person living with HIV now 33 years after my diagnosis with a good job and preparing for retirement.

Our national health care system is in a much better place now than it was in 1989 when I marched with ACT UP Los Angeles, but it’s more than imperfect. My HIV-positive friends who taught me how to use my young voice back then have all since passed away. There are plenty of resources and program available for those individuals living at or below the FPL. But the reality is different if you are doing financially well-enough to not be considered impoverished.

I will have to divorce my husband upon retirement so he can continue getting his medications as my retirement income will still keep us above those income thresholds. I will be blessed with lifetime medical coverage from my work, but the clock is counting down for my husband. So much for planning for our future together as a married couple. That legal status carries a certain level of significance as well as implications that cut both ways.

I may be thriving, and I am grateful for what I’ve achieved as an advocate, activist and writer, but I find it hard to reconcile the reality of living past my so-called expiration date. This year we observe the 34th World AIDS Day on December 1. Clearly, there is still work to be done. Personally, after three decades, it’s hard not to feel like I’ve stayed too long at the party, and all I can hear are the words of Dame Maggie Smith: “I fear I am a relic, and I have misplaced my tambourine.”

Philip C. Barragan II, MFA, is an advocate and writer from Long Beach, California. He is the author of Fatizen 24602 and runs his own graphic novel imprint, Embonpoint Publishing, with his husband, illustrator Mason Arrigo.