In a blog post titled “Syringe Service Programs Are Vital to Ending the HIV Epidemic,” AIDS United urges us to learn the lessons from HIV outbreaks fueled by injection drug use. Here is an edited excerpt.

In 2015, Scott County, Indiana, found itself in the midst of one of the most serious HIV outbreaks related to injection drug use in U.S. history. A syringe services program (SSP) was established after more than 200 people in the county of only 24,000 tested HIV positive. Since the sharing of contaminated needles was the primary cause of the outbreak, the SSP enabled the residents newly living with HIV to get care and become virally suppressed.

Six years later, a few local elected officials are trying to have the SSP shut down against the wishes of public health experts, including a former surgeon general, the local sheriff and many of the county’s residents. This is driven in large part by a desire to distance the county from association with the outbreak for which it gained international attention.

If the elected officials and county residents who are opposed to keeping the SSP open think that its closure will eliminate HIV and injection drug use from their community, they are sorely mistaken. It will neither keep the stigma of HIV and injection drug use out of Scott County nor will it help people with substance use disorder get treatment if they want it. Removing the SSP will only make things worse. [Editor’s note: The county did vote to close the SSP.]

Across the country, we are seeing spikes in HIV rates in areas that are shutting down SSPs. These programs are frequently the entry point for individuals not only to receive care but also to start on a path toward recovery. Put simply, they save lives.

Many would argue that the closure of SSPs is merely a rural health issue, but nothing could be further from the truth. We are witnessing SSP closures even in California.

In 2018, authorities in Orange County, California, prohibited the operation of SSPs after years of opposition from elected officials who continued to cite claims of increased needle litter to justify their rejection of public health best practices. Orange County is now the largest county in the United States without an SSP.

Just last year, the city government of Eureka, California, succeeded in partially shutting down the operations of the Humboldt Area Center for Harm Reduction (HACHR), which is no longer permitted to distribute syringes.

Again, claims of increased needle litter were used as a catalyst for attacking HACHR, as were allegations from undercover police officers of drug use and the sale of drugs on the grounds of the SSP. As of 2018, Humboldt County had the highest rate of hepatitis C of any county in California, with 1 in 18 residents living with the virus. At the same time, the county has seen a significant increase in new HIV cases in the past few years.

Without the work of harm reductionists and their dedication to ensuring that SSPs remain open, we will not be able to end the HIV epidemic.

This can be seen in West Virginia, where harm reduction advocates are scrambling to continue to provide services to people who use drugs, even in the face of the passage of SB 334, a law that will make it all but impossible for SSPs to operate according to public health best practices.

While the law is a massive step backward in the fight to end the HIV epidemic in West Virginia, harm reductionists are ready to follow the new laws set in place to provide the care they are allowed to under state guidelines. They will continue to advocate for laws that reflect public health best practices for providing care to people who use drugs.

To ensure we can end HIV, we must first ensure that people who use drugs have access to medical care through SSPs. We know these programs are effective at reducing rates of HIV, and they create a nonjudgmental door toward health care and recovery options. By working together, providers and lawmakers can protect SSPs and the other tools we have to end the HIV epidemic. 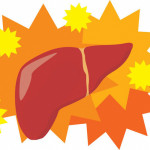 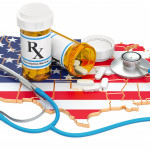