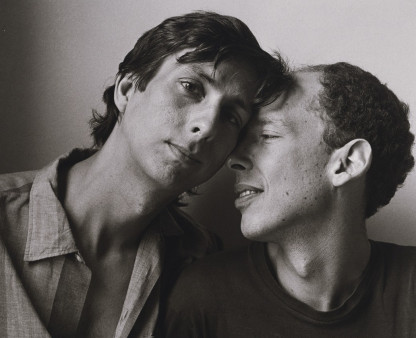 From left: Michael Callen and Richard Dworkin in 1987 Courtesy of the estate of Robert Giard

Taylor Mac, Bridget Everett, Holly Near and others perform songs by the late activist in a benefit for Callen-Lorde Community Health Center.

If there were a Mount Rushmore of iconic AIDS activists, Michael Callen’s likeness would definitely be sculpted among the greats. Before his death in December 1993, Callen helped found numerous HIV organizations and played a role in developing guidelines for safer sex and the self-empowerment of people with AIDS.

He was also a composer and singer who recorded several albums and made a cameo appearance alongside the a cappella group The Flirtations in the landmark AIDS film Philadelphia. Below, you can watch a video of him performing his song “Love Don’t Need a Reason” at the 1993 National March on Washington for Lesbian, Gay and Bi Equal Rights.

This Monday, November 11, a roster of cabaret greats will perform a selection of his music at Joe’s Pub in Manhattan. Special guests will include Taylor Mac, Bridget Everett, Holly Near, NathAnn Carrera, Richard Barone, Xavier Smith, Kat Edmonson, Tucker, Garrin Benfield and more. All proceeds from the concert, Purple Heart: The Music of Michael Callen, will benefit the Callen-Lorde Community Health Center in New York City. The center is named after Michael Callen and Audre Lorde, in honor of their advocacy for health care issues in the LGBT community.

POZ spoke with Richard Dworkin, Callen’s partner in both life and music, about Purple Heart as well as Callen’s legacy. The interview has been edited for length and clarity.

Let’s start at the beginning. How’d you and Michael meet?

I met him on June 14, 1982. Michael put an ad in the New York Native [a gay newspaper] for gay musicians. I was a drummer, so I thought, Let me call him. He answered and said, “Oh, I’m getting together with a bass player tonight, why don’t you come by? So I did, and we all had dinner, and he made sorbet. We had a band together—called Lowlife—and made two albums. I’m still a drummer. [Check out great photos of Lowlife on QueerMusicHeritage.com, and below you can watch a segment devoted to remembering Callen in the 1994 episode of LGBT show In the Life; it starts at 15:00.]

Callen already knew he was sick when you two met, but the term “AIDS” wasn’t used until September 1982.

It did have a name when I met him, but it was GRID [gay-related immune deficiency]. His doctor was Joe Sonnabend, who was a primary care physician for gay men, and he had this idea of testing the T cells, or CD4 cells, of [his patients who were having lots of sex and getting sick], and he found that many had lower CD4 counts. Michael was among that group, so he knew something was going on and had various health issues. Before we had sex, he told me all of this, in June of 1982. I spent the ’70s in San Francisco, so I wasn’t exactly living like a nun. I just figured, Well, I don’t know what’s going on, but I’ve probably been exposed to it.

Within a couple of weeks of my meeting Michael, he was hospitalized for the first time, which resulted in [his] being diagnosed with GRID, or AIDS as it was soon to be called. I visited him in the hospital. He tried to scare me away, and I wasn’t having it.

What drew you to him?

He was cute. He had an amazing voice, really articulate. He could play the piano, and he had books. I noticed all those things when I met him. [Laughs] He was just hysterically funny, something that’s kind of lost to history. It’s not like he did comedy shows, but most people don’t know how funny he was. 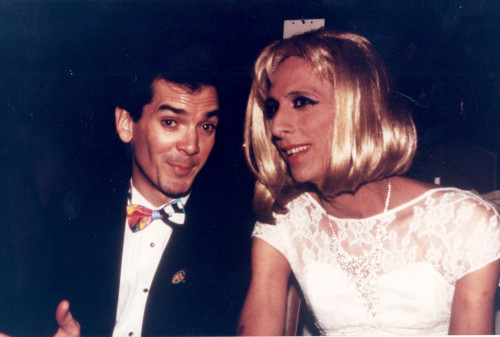 Historian and author Martin Duberman wrote about Callen in his 2014 book, Hold Tight Gently: Michael Callen, Essex Hemphill, and the Battlefield of AIDS. [Read an interview with Duberman about the book here.] One aspect that struck me about Callen was his willingness to be totally open about his very active sexual life. I realize it was a different time then—post-Stonewall and pre-AIDS for a while—but his sexual politics seem, to me, almost shocking and radical, especially in today’s age of gay marriage. Would you agree?

[Sexual politics] changed quite a bit. Michael was fond of quoting [author] Ed White—this is before AIDS—he said, “We should wear our sexually transmitted diseases as red badges of courage in the war against a sex-negative society.” [The quote] made an impression on Michael, and it’s how he was living. He’d go on network television and talk about having 3,000 men up your butt. That’s pretty open about it.

Callen was active in founding numerous AIDS organizations, and in 1983, he cowrote with Richard Berkowitz and the help of Sonnabend the manifesto How to Have Sex in an Epidemic: One Solution, which is basically the first guide to safer sex. What would you list as Callen’s lasting legacy in terms of HIV and LGBT advocacy?

Have you seen the picture of him, naked from behind? It’s a portrait by Billy Quinn.

Billy did a whole series of life-size portraits of HIV-positive people, sort of like Catholic saints but naked and wearing condoms. There was a gallery show in SoHo. I met the guys who bought [the portrait of Callen], and I think they got tired of a life-size naked Michael, and they donated it to Callen-Lorde, and I think it was not quite appropriate, you know, so I think they were going to donate it. Anyway, Billy’s idea was everyone would be wearing a condom, and Michael said, “I am not wearing a condom. I’m a bottom.” So he posed looking over his shoulder—with the photographer behind him—with a kind of come-hither look, holding a condom over his shoulder.

I would also say [Callen’s] contribution to the self-empowerment movement is the other really important thing—and the whole idea of saying people with AIDS as opposed to AIDS victims. I think that had an effect on society as a whole and on people with all sorts of conditions and diseases.

There’s a name for it now: people-first language. [Read a POZ opinion piece about that topic here.] Pivoting back to the concert, how would you describe the music you recorded with Lowlife?

Really eclectic, a lot of different stuff. Michael came from the cabaret world, and he wanted a band with gay men and lesbians in it, who were out about it and would write and perform music that was conscious about gay rights. That’s what we did. But it wasn’t all political. 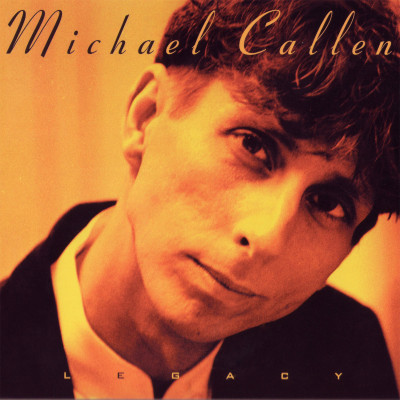 And Callen recorded like 40 or 50 tracks right before he died.

Yes, that’s right. It was like 1993, when we worked on a total of about 60 songs. We raised a bunch of money and got in a great recording studio and worked with incredible musicians. Eventually, I put out a double album called Legacy, which didn’t come out till 1996 for various reasons. But no one wanted to hear about all that in 1996 [the year lifesaving] protease inhibitors came out. But we don’t need to go there. There’s basically an album of material that’s still unreleased.

How’d the idea of the show come about? And why now?

It’s November 11. We chose that date because it’s Veterans Day, and Michael wrote about AIDS being like living in wartime except nobody around you hears the bombs dropping, etc. The whole thing came about because I was at a Callen-Lorde event and mentioned it to the director of development, and he said, “What a great idea, we should participate, and we can do it as a benefit.”

What’s your involvement in the show?

I’m involved in pretty much every aspect. The musical director is Matt Ray, who also plays with Justin Bond and Bridget Everett and Taylor Mac and does his own music too.

Tell us about the music that’ll be in the show and the performers.

I’m looking toward to seeing these fabulous artists and hearing what their takes are on these songs. I put together a list of songs I thought were the most important to do. But some performers picked things not on my list. I haven’t heard them yet. 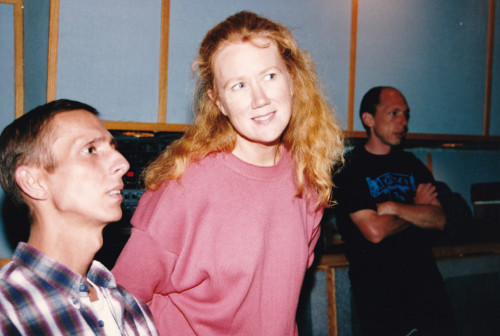 A couple of people performing actually knew Michael. One is Holly Near. Do you know much about Holly? Look her up. American Masters on PBS did a show about Holly this year. Holly is just an amazing person who really committed to devoting her talents to champion social justice causes. Mike got to record with her during Legacy. They became really good pals during that last year when Michael was really sick. They’d talk on the phone often.

What a great question. Some of the songs have been covered, but some haven’t been played in a quarter century. I’m sure some will sound of its time—in a good way or bad way—stylistically, lyrically. Some are very relatable and relevant and artistically viable. Some of that we’ll hear on November 11 when these people sing the songs. 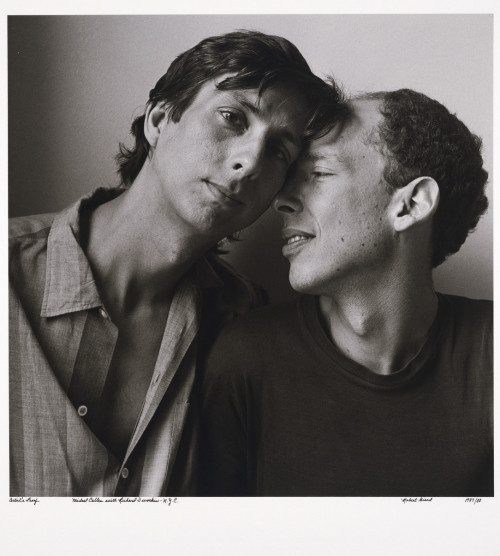 From left: Michael Callen and Richard Dworkin circa 1987.Courtesy of the estate of Robert Giard

Editor’s note: Between 1985 and 2002, photographer Robert Giard created a series of over 600 portraits of writers, artists and activists—including Michael Callen and Richard Dworkin, pictured above. To learn more about Giard and view a slideshow of his work, see “Check Out the AIDS Writers Among These LGBT Portraits.”