Tibotec Therapeutics, a subsidiary of Johnson & Johnson, announced on Monday, July 26, that it has filed a New Drug Application (NDA) with the U.S. Food and Drug Administration for rilpivirine (TMC278), its experimental non-nucleoside reverse transcriptase inhibitor (NNRTI). Tibotec is seeking approval of rilpivirine as a once-a-day option for patients starting HIV treatment for the first time.

The company’s NDA is based on the 48-week results of two Phase III clinical trials, known as ECHO and THRIVE. Preliminary results from these two studies were reported Thursday, July 22, at the XVIII International AIDS Conference in Vienna.

Pending FDA approval, Tibotec plans to sell the drug in the United States and elsewhere as a stand-alone drug for use in combination with other antiretrovirals. The company has also entered into an agreement with Gilead Sciences to co-formulate rilpivirine with Truvada (tenofovir and emtricitabine) as a one-pill, once-daily fixed-dose combination tablet. 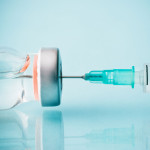 People With HIV Are Highly Satisfied With Cabenuva