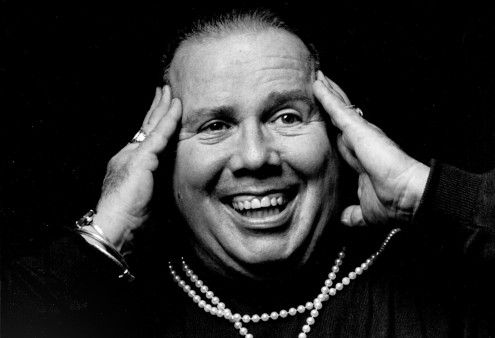 A member of ACT UP and Rise and Resist, Vélez fought for drug access and civil rights, notably for those in the Latino community.

Andy Vélez, a prominent HIV advocate for three decades and a longtime moderator of the POZ Forums, died May 14, 2019, at Mt. Sinai Beth Israel Hospital in Manhattan. He was 80. According to his two sons, the cause of death was complications from a fall in his building in Greenwich Village last month.

Vélez joined AIDS activist group ACT UP in its first year, 1987, and was active in the group’s media and actions committees as well as its Latino Caucus, for which he and fellow advocates traveled to Puerto Rico to help launch an ACT UP chapter there. Although Vélez was born in the Bronx, his family lived for a time in Puerto Rico when he was a child.

He remained an active advocate for people with HIV until his recent health challenges, attending protests for both ACT UP and Rise and Resist. He served as a consultant to the Latino Commission on AIDS, spoke at high schools and colleges across the nation about HIV/AIDS issues and worked with co-organizers of the International Conference on AIDS to ensure people with HIV were included in the events. 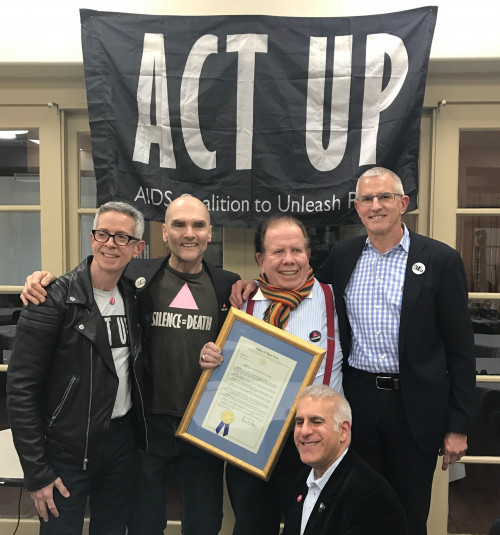 In March 2017, Vélez and others were honored at an event (pictured above) marking the 30th anniversary of ACT UP. You can read about that and view a slideshow here.

Years ago, when asked how he would like to be remembered, Vélez replied, “As someone who was able to help.”

Vélez was drawn to activism after experiencing a traumatizing event in 1964. He was entrapped by an undercover policeman in a Park Avenue South bar and spent the night at the Manhattan Detention Complex, aka “the Tombs.” He received a suspended sentence of six months. When his boss heard of the arrest, Vélez was fired from his job at the Housing Authority. Later, with the help of a progressive lawyer, he had the conviction reversed.

He received a master’s degree in psychoanalysis in 1976 and maintained his own practice for two decades. Vélez initially sought out psychoanalysis to deal with his own suspicions that he was gay. Eventually, he and his wife divorced, and Vélez became active in the gay community. 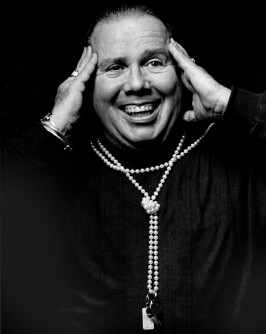 Vélez was also a writer and journalist with a special interest in jazz and theater. In the 1990s through the 2010s, he wrote music reviews and features for LGBT magazines as well as liner notes for CD reissues of Broadway classics. He also taught courses in musical theater at the New School, bringing such luminaries as Barbara Cook, Elaine Stritch and John Kander and Fred Ebb to his classroom.

Vélez is survived by his sons, Ben and Abe, both of Brooklyn; his daughter-in-law, Sarah; his granddaughter; his younger brother, Eugene (“Gene’) of Alamo, California; and thousands of comrades in the global AIDS and LGBTQ activist communities.

Funeral services will be private. A public memorial service will be held this summer.

Donations in Vélez’s memory may be made to ACT UP New York, Broadway Cares/Equity Fights AIDS and the Latino Commission on AIDS.

The POZ Forums has posted a thread dedicated to Vélez; click here to read tributes and his full obituary. The black and white portrait above is part of photographer Bill Bytsura’s The AIDS Activist Project; you can read more about that here.