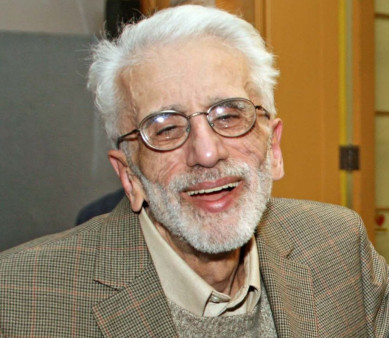 HIV positive since at least 1982, he participated in the Pitt Men’s Study, a long-running AIDS research project.

August “Buzz” Pusateri, who tested HIV positive over 35 years ago and volunteered nearly as long for the Pitt Men’s Study, an AIDS research project, died Monday, May 4. He was 81.

A longtime HIV and LGBT activist in Pittsburgh, Pusateri worked for many years as a pharmacist, reported the Tribune-Review. No cause of death was given.

In June 2001, in marking the 20th anniversary of the first reports of the illness that would come to be known as AIDS, the Pittsburgh Post-Gazette profiled Pusateri, then 62. The newspaper notes that in the early 1980s, the University of Pittsburgh launched a program to study gay men and AIDS; it became known as the Pitt Men’s Study and was a local arm of a national research project. When the first HIV tests came out in 1985, stored blood samples taken from the Pitt men in 1982 were tested. Pusateri’s came back positive, though he and his doctors think he likely contracted the virus before 1980.

It wasn’t until 1991, the Post-Gazette reports, that Pusateri became ill with AIDS-related symptoms and was diagnosed with Pneumocystis pneumonia, or PCP. He also experienced blackouts and severe cognitive issues due to a group of bacteria known as MAC; then came neuropathy and lipodystrophy (redistribution of fat). At one point, he took 34 pills a day for HIV and related issues.

In later years, Pusateri served on the Pitt Study’s community advisory board. A number of people paid tribute to Pusateri on PittMensStudy.com. He also served as a board member for the Alpha Foundation, the Lambda Foundation and the Delta Foundation and was the food coordinator for the Shepherd Wellness Center for 13 years, according to a Post-Gazette obituary.

“It’s been an up-and-down battle,” Pusateri told the Tribune-Review in a 2015 article about the Pitt study. “Really, with this HIV, you never know what’s going to happen to you.”