In a blog post titled “Remembering Carl,” NMAC executive director Paul Kawata shared his remembrances of his friend, one of the founders of the National Minority AIDS Council. Below is an edited excerpt.

Archbishop Carl Bean recently passed. I’m not ready to say goodbye to the man who changed the course of my life. It was Carl who talked me into taking the job at NMAC.

Carl was my friend and partner in crime. We were each other’s lifeline in the storm called AIDS. Together, we navigated some of the most difficult days in the epidemic. I will never fully understand the burden of leading a religious movement, but I often saw it in his eyes as members reached out for answers to impossible questions like, “Why did God take my child?”

Carl and I traveled the world together. Most of these trips were work-related because Carl was asked to preach all around the world to bring his unique voice of liberation theology that God is love and love is for everybody.

I never knew Carl the Broadway entertainer, but from his stories, I imagine he was amazing. He could talk, and I could listen to him reminisce for hours about performing on Broadway or touring the country. It was his work in the entertainment industry that would later support his fight to end HIV.

I remember sitting next to him when Whitney Houston performed at a benefit for his agency. Those were very heavy times. He had Dionne Warwick on speed dial, and Maxine Waters not only returned his calls but also called to check in. While it might seem glamorous on the outside, it was also a huge burden.

People would cry as they reached out to hug him. Members of his church would copy his sermons because his words were touched by the Holy Spirit. I think that can mess with your mind and was part of the reason Carl went into seclusion. For many years, he did not leave his home or welcome visitors. However, Carl always had God.

I was not religious. I felt the church had turned its back on me and my kind. Before meeting Carl, I had never attended services in a Black church. Going to Carl’s church was mind-blowing. My friend was singing and preaching like he was touched from above. You could almost watch him go to another place as he spread the gospel of the Lord.

As a child, I went to Japanese Presbyterian Church. That was the opposite of my experience in Carl’s church. To be in a room full of love was transformative, especially because this was in the mid-1980s during some of the most difficult times in the HIV epidemic.

The Unity Fellowship Church Movement we take for granted now was truly revolutionary when Carl started it. He started a religious movement for the African-American LGBTQ community at the height of the HIV epidemic. Out of his work with the Unity Fellowship Church Movement, he opened the Minority AIDS Project (MAP), the first minority-led HIV organization.

As the executive director of MAP, Carl worked nationally as one of the founders of NMAC.

It was our work at NMAC that served as the foundation for our friendship. Together, we would travel the country, him preaching and me teaching about HIV. Back then, people of color were too often marginalized.

Carl and I became a team to fight the stigma and racism that was too prevalent in our work. We would spend hours talking about race and our frustrations with people in power. His concerns for his communities became the cornerstone of the work. Carl was a living example of liberation theology.

I got to talk to Carl the day before he passed. He was in a coma, so they had to hold the phone to his ear. I thanked him for being a gift to my life and our movement. I let him know that it was OK to let go. His was a life well lived.

Finally, I told him that I loved him and will miss him. This is a ritual from the early days of the epidemic that too many of us know too well. Thank you, Carl for being my friend. My life is better because you were in it. 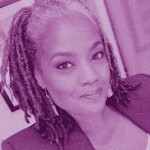