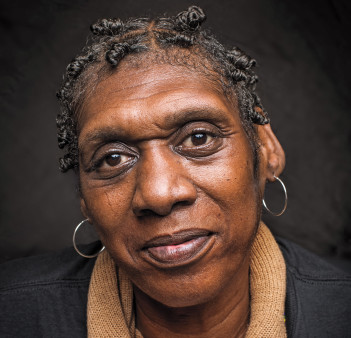 Formerly a homeless person who used heroin, she advocated for New Yorkers affected by housing insecurity, drugs, HIV and hepatitis.

“A force of joy” and “an inspiration” “full of love and righteous anger” “always on the front line of social justice struggle.” That’s a small sample of the outpouring of appreciation online for New York harm reduction activist Elizabeth Owens, who died last week according to announcements on social media by Voices of Community Activists & Leaders (VOCAL-NY).

We lost another giant in the movement today. Elizabeth Owens believed in building lists of people who were willing to...

At one time homeless and a heroin user, Owens turned her life around and began working at VOCAL-NY 10 years ago, first as an outreach worker and then as a full-time community organizer. The nonprofit group advocates for low-income people affected by HIV, mass incarceration, the drug war and homelessness throughout New York state.

I am truly shocked still that our beloved Elizabeth Owens is gone. She truly was the heart and soul of @VOCALNewYork.

“She greeted you with a loud ‘thank you for coming to work today!’ and gave you a big hug, never a handshake,” the VOCAL-NY Facebook post read. “Elizabeth always showed up as her full self—a drug user, formerly homeless, ‘gay as hell’ and a powerful advocate for her community. She was never afraid to be on the front lines of a protest and spent most days knocking doors across the city to recruit and inspire others to join our campaigns.”

The posts did not mention the cause of death or her age.

In 2014, Owens was on the cover of Hep magazine, the sister publication of POZ. At the time, she was 54, living in the Bronx and battling hepatitis C, which she had contracted during her years as a heroin user.

We are devastated to share that our beloved Elizabeth Owens has passed away. Elizabeth joined VOCAL-NY in 2010 as an...

After kicking the drug habit, Hep reported, Owens became a beloved advocate who dispensed syringes along with education and hugs, eventually leading to her job with Brooklyn-based VOCAL-NY, where she was an organizer with the group’s GROW (Grassroots Organizing to Win) program. 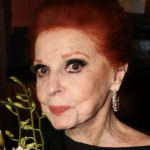