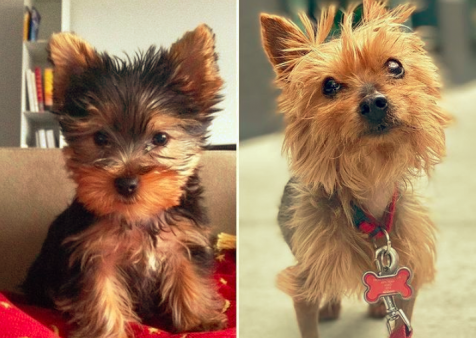 Earliest and most recent photos of Fred Instagram/@fred_says

As the face of the nonprofit Fred Says, this four-legged ally and his dad fought stigma and raised money for youth living with HIV.

Sad news: The HIV community has lost one of its most adorable advocates. Fred, the Yorkshire terrier that was the inspiration behind the HIV nonprofit Fred Says, has died. “After 10 years, Fred passed away peacefully in the arms of his best friend + dad @garofalorobert on Sunday,” read an Instagram post earlier this week from @fred_says.

The best friend and dad is Robert Garofalo, MD, MPH, a professor of pediatrics who codirects the Gender & Sex Development Program at the Ann & Robert H. Lurie Children’s Hospital Center of Chicago. 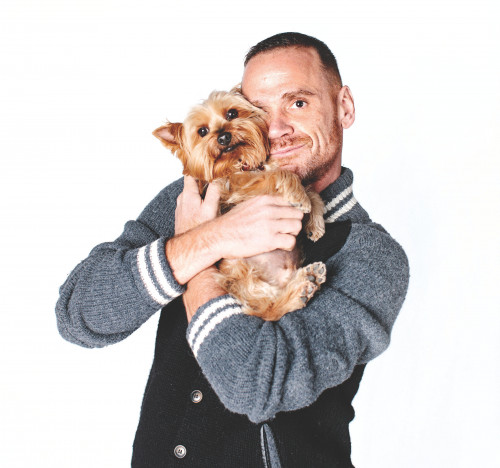 Garofalo tested positive for HIV in 2010, and, despite the fact that he often works with HIV-positive youth, he felt depressed and alone after his diagnosis. That is, until he adopted Fred, who was just 10 weeks old at the time.

“You gave hope to someone hopeless,” wrote Garofalo to Fred in a tribute included the nonprofit’s Instagram post. “You loved someone who believed he was unlovable. You turned someone pitiable into someone powerful. You brought comfort to chaos.… You were the miracle I never expected, nor deserved, nor believed was possible. You inspired me to dream again + together, we made dreams come true.”

With his newfound optimism and a new bestie, Garofalo launched Fred Says, a nonprofit that raises money for young people affected by HIV. Initially, the organization sold e-cards and greeting cards featuring Fred’s adorbs face. In 2014, according to FredSays.org, the group donated $50,000 on World AIDS Day to organizations working with HIV-positive youth.

In a cheeky Q&A with POZ in early 2012, Fred spelled out one of his life goals: “To raise as much money as possible to support uninsured HIV-positive teenagers through my Fred Says charity. Proceeds from card sales help pay for care that the teens would not otherwise receive.”

In that same interview, when asked about the best advice he ever received, Fred responded: “One of the other Yorkies in the neighborhood taught me how to use my sad eyes to get whatever I want from my dad. Some say I’m spoiled, but I call it crafty.”

Garofalo, in his tribute to Fred, offers his own feelings about those puppy-dog eyes. “In your eyes, I saw wisdom + kindness, even some well-deserved judgment but at the end of each day, I saw love. Always love,” he writes. “That was always your superpower + it came so easily to you. Unconditional love. And it was mutual.” 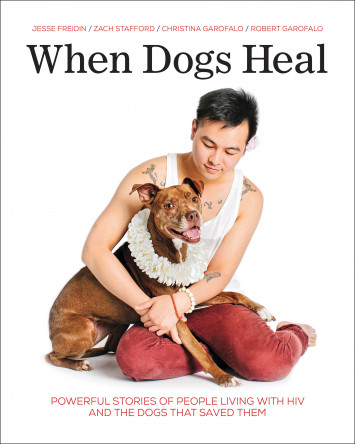 Fred was more than willing to share the spotlight. The nonprofit branched out into publishing glossy fundraising photography books featuring other canines, such as When Dogs Heal, which showcases gorgeous photography by Jesse Freidin along with powerful stories of people living with HIV and the dogs that saved them, much as Fred rescued Garofalo. For more about the book, see “Dogs and Their Humans Fight Stigma,” from this year’s June issue of POZ.

Photos from the book have also traveled around the country in art exhibits, reaching new audiences with their heartwarming messages of acceptance. 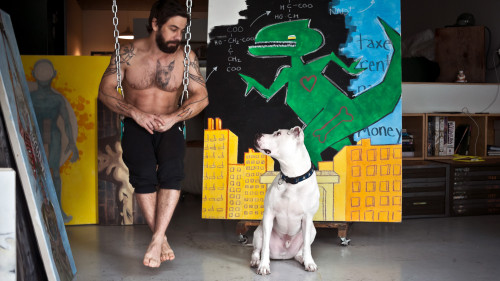 In 2017, Fred Says teamed up with photographer inkedKenny to publish Dogs & Daddies, an 80-page collection of hounds and their hunky owners (check out the slideshow in “Drool-Worthy ‘Dogs & Daddies’ Raise HIV Funds”).

Fred’s passing does not mean the end of Garofalo’s advocacy. “Rest assured, I am not done living up to the standards you have set for me,” he writes to Fred in the tribute. “When I succeed, I will think of you + smile for the strength + resilience you allowed me to rediscover. When I fumble, I will think of you + pick myself back up because that’s what you taught me to do.

“Thank you for years of companionship, devotion + friendship. Thank you for loving + taking care of me. I’m not sure who’s going to do that moving forward. Perhaps it’s now just up to me.”

To purchase Fred Says products or to make a donation, visit FredSays.org.