The indefatigable, influential and righteously rageful writer and activist Larry Kramer (1935–2020) may have departed this world, but he has left behind an unrivaled legacy of HIV/AIDS advocacy.

At the time of his death, he was at work on a play titled An Army of Lovers Must Not Die that most certainly would have taken the U.S. government to task for its bungling of the COVID-19 pandemic. The work concerned what he characterized as the three plagues facing gay men today: HIV/AIDS, the novel coronavirus and aging.

His fight against the first of these plagues defined his life as an activist. In 1982, Kramer cofounded GMHC to address this new health crisis. Among the organization’s achievements that debut year alone were the establishment of the first AIDS hotline and the launch of the landmark Buddy Program, which paired people who had AIDS with volunteers to help them with their day-to-day needs. The group would go on to serve as a model for the AIDS service organizations that are commonplace today.

But Kramer butted heads with GMHC and was ousted from the group. In 1987, he cofounded an organization more befitting his unyielding temperament—ACT UP. The militant group employed direct action to coerce federal agencies to ramp up medical research and change policy and legislation to try to save the lives of people with AIDS, paving the way for lifesaving antiretroviral treatments and patient-led health advocacy. For channeling his rage into action that continues to save lives, he will be forever revered and remembered. 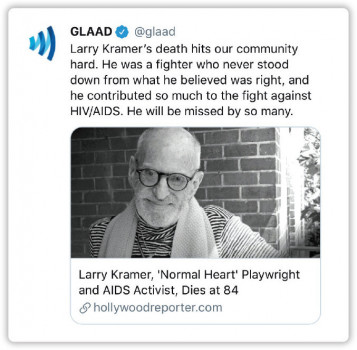 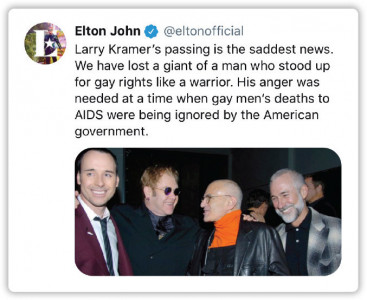 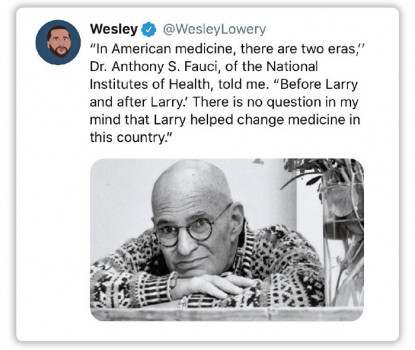 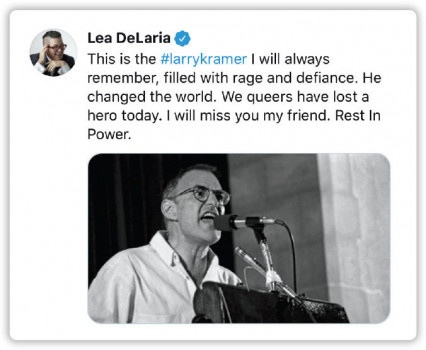 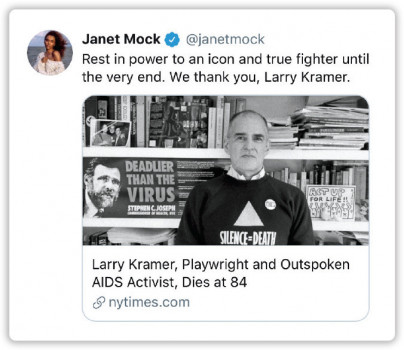 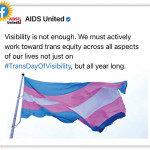