The playwright and novelist was a cofounder of GMHC and ACT UP.

Larry Kramer, a longtime AIDS activist and an author, has died, The New York Times reports. He was 84. The cause was pneumonia, according to his husband, David Webster. Kramer had overcome many health challenges. In addition to being a long-term survivor of HIV, he also had a liver transplant resulting from liver disease caused by hepatitis B.

Kramer was a cofounder of Gay Men’s Health Crisis (GMHC), as well as the AIDS Coalition to Unleash Power (ACT UP). In the process, he became a lightning rod for AIDS activism. His zeal energized both organizations, but over time his relationship with them got complicated. In recent years, however, he developed closer ties to both advocacy groups.

To underscore improved relations between Kramer and GMHC, especially with current CEO Kelsey Louie, author and activist Mark S. King wrote an essay about it in the June 2017 issue of POZ.

The AIDS documentary How to Survive a Plague, which used old footage combined with current interviews, memorably features Kramer at an ACT UP meeting yelling “Plague!”

Kramer was a frequent cover subject for POZ magazine. HIV-positive journalist Andrew Sullivan interviewed him for the April/May 1995 cover story. Kramer returned the favor by interviewing Sullivan for the April 1997 cover story. To read a remembrance of Kramer by Sullivan, click here.

For the 10th anniversary of ACT UP, Kramer was on the March 1997 POZ cover wearing birthday cake. Ten years later, the POZ April 2007 cover story caught up with Kramer to discuss a new generation of activists. 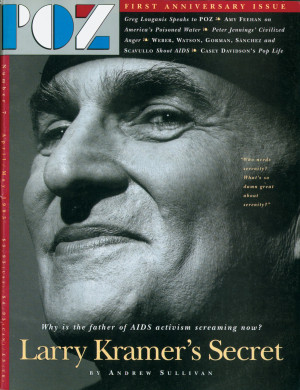 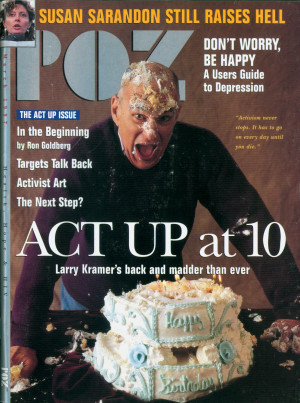 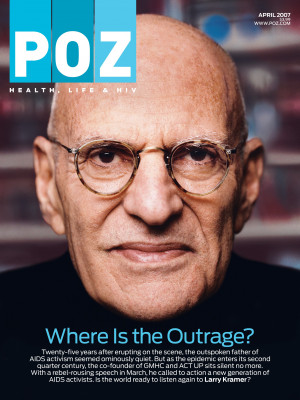 Friends and fellow activists have shared their reactions:

For all our coverage of Kramer, click here. For more articles written by Kramer for POZ, click here.