Many advocates and HIV organizations pay their respects to AIDS activist Mathilde Krim on social media.

On January 15, 2018, the world lost a beloved pioneer in the fight against HIV/AIDS. Mathilde Krim, PhD, was a cancer researcher in New York City when she first learned about AIDS in 1981 via her friend Joseph Sonnabend, MD, and in short order, her research pivoted to the study of the illness. As the epidemic escalated among gay men and drug users, society and the government aimed stigma their way. It was at this point that Krim the scientist became an AIDS activist, promoting needle exchanges and condoms and campaigning against homophobic laws. In 1983, she, Sonnabend and others cofounded the AIDS Medical Foundation, which in 1985 merged with the National AIDS Research Foundation to become amfAR, The Foundation for AIDS Research. To date, amfAR has raised $517 million, rendering it the nation’s foremost private supporter of AIDS research, prevention, treatment and advocacy and cementing the fierce and charismatic Krim’s legacy as a superstar fundraiser and an ally for the history books. Rest in power, Dr. Krim. 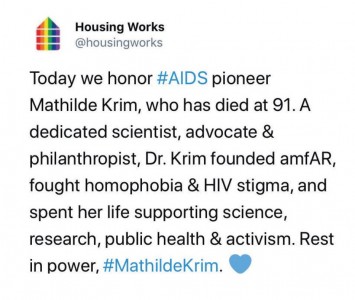 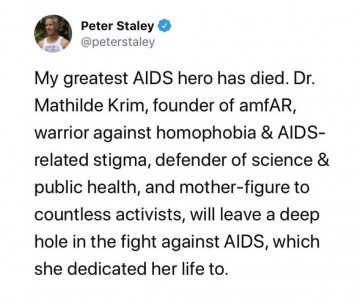 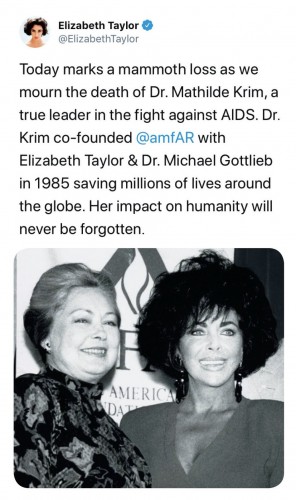 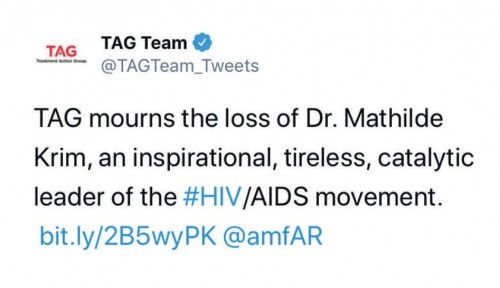 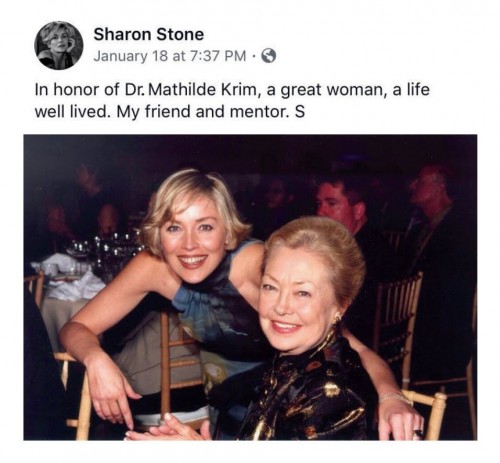