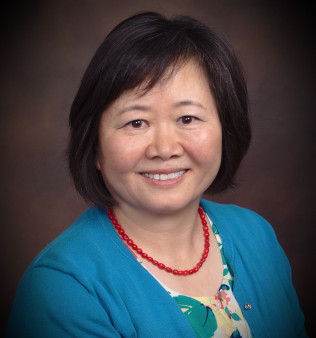 She had been living in the United States. Last month, a play based on her activism opened in London.

Shuping Wang, a doctor who in the 1990s exposed a rural AIDS epidemic in China that the country preferred to keep hidden, has died. She was 59 and had been living in Salt Lake City. The cause of death was a heart attack that occurred while she was hiking with her husband, Gary Christensen, The New York Times reports.

The Chinese-born Wang had been living and working as a medical researcher for nearly 20 years in the United States. She moved here to flee the hostility and pressure in China that resulted from her speaking out against the government.

In the 1990s, Wang was employed at a plasma center in China’s rural Henan Province, where thousands of impoverished farmers made extra cash by selling blood products at donation centers. This was big business at the time and run cheaply, meaning that equipment could become contaminated and HIV could spread to donors.

Wang had already discovered a hepatitis epidemic among the rural community and wondered whether HIV was also spreading. Her bosses were not concerned. Using her own money, Wang purchased HIV testing equipment and collected blood samples. When she discovered that nearly 13% of the samples tested positive for the virus, she took her findings to other officials. They didn’t want the information revealed, but she persisted in getting the word out.

“She had the courage to keep collecting and sharing evidence even when officials didn’t want information revealed,” a journalists who worked in Henan told the Times. “She had no official support; this was her personal choice, and she suffered for it.”

Her activism cost Wang her job and her marriage, she said, but it also saved the lives of thousands of people because the government closed the blood centers and introduced HIV tests.

Last month, a play about this chapter of her life opened in London. Titled The King of Hell’s Palace, it’s billed as a thriller and set in 1992 Henan. According to the Guardian, Chinese security officials had tried to pressure the theater to abandon the play.

“With bullying and censorship, the government has covered up the [hepatitis C] and HIV epidemics in China very successfully,” Wang said in a statement just weeks before she died. “Why, in 2019, do they worry so much about a play being produced in London, 24 years after the events it depicts?”