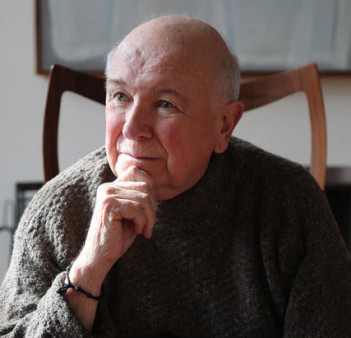 The celebrated playwright, 81, died of complications related to the novel coronavirus. Revisit our 2013 interview with the Broadway icon.

Terrence McNally, the Tony-winning playwright who explored AIDS and loss in many of his works, died of complications related to the novel coronavirus, Broadway.com reports. He was 81. A lung cancer survivor who lived with chronic obstructive pulmonary disease, McNally died in Sarasota Springs, Florida.

He was an openly gay and HIV-negative man who lost two partners to AIDS. He examined those themes in many of his works, notably 1994’s Love! Valour! Compassion!, which went on to win the 1995 Tony Award for Best Play and was adapted into a 1997 film. His plays Mothers and Sons and Lips Together, Teeth Apart also explored similar topics. McNally was a founder of Broadway Cares/Equity Fights AIDS, which raises funds for HIV causes.

This brings back memories of the ‘80’s, when the first celebrities began dying of AIDS. RIP LGBT hero.

McNally’s work wasn’t confined to gay and HIV issues. He won another Tony for Best Play for Master Class (1996), a portrait of opera diva Maria Callas. Among his many other hits, Frankie and Johnny in the Clair de Lune (1987) remains popular and was made into a 1991 film starring Al Pacino and Michelle Pfeiffer. He also penned the book for the musicals Kiss of the Spider Woman, The Full Monty and Ragtime.

Mothers and Sons, an AIDS memory play, had its world premiere in 2013 at the Bucks County Playhouse in New Hope, Pennsylvania. In 2013, McNally spoke with POZ about the premiere and the AIDS history he has witnessed. Here’s an excerpt:

You’ve lived through several decades of both gay life and AIDS in New York City. What’s that been like?

Mainly, I feel a sense of wonder and pride at the enormous changes in everybody. When I first came to New York from Texas in 1955 as a gay man, I was 17. Gay bars were in basements, unmarked firetraps. They were like the speakeasies of the 1920s—you felt you were breaking the law by going there. And now, in my lifetime, Tom and I are legally married, and in this new play, the couple even has a child. Gay life has changed, and AIDS is a huge part of that. Gay pride and AIDS are connected, the way the community came together because of AIDS. I don’t think there was much of a gay community before AIDS.

Has it been hard living through the deaths of two lovers?

It’s devastating. But clearly, I wouldn’t have written this play if I didn’t want to show that life can go on. When Robert died, I didn’t expect to meet Gary, and when Gary died, I didn’t expect to meet Tom. So that makes me an optimist. What am I supposed to do? Live with devastation and anger and fear, or do I do something about it? [Pauses; laughs] You know, it’s easier for me to write about these things than to talk about them. But I have friends who have not started a relationship since they lost a partner to AIDS. When I first met Tom, I was embarrassed. I wondered if Gary’s friends were asking, “How could I have loved Gary so much if I could love someone else?” But I would never say there are rules for life, that if you truly love someone you can never love again.

What would you most like to tell young gay people today?

I can’t believe they practically don’t know about the early AIDS years or things like police raids and being furtive. They have such a freedom about them. I admire that, but I hope they read up on their history. It’s an exciting time now to be a gay man or woman. AIDS is not cured, but people are living with it now, which was not a factor for Robert or Gary. As for being gay, my parents didn’t approve, but they didn’t disown me. I’ve always been out and proud. I hope expressions like “out and proud” become archaic!

To read the entire POZ interview, see “Living With the Past.”