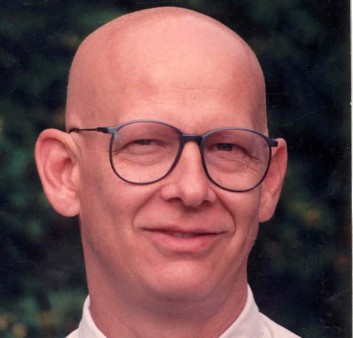 I’m a 71-year-old gay internist who tested positive in 1985 but likely got HIV in 1983. I started providing care to people living with AIDS in 1982. In 1986, I became director of HIV/AIDS control for Seattle and King County. I was also a member of the Centers for Disease Control and Prevention’s HIV/STD Prevention Advisory Committee from 1994 to 1999. In addition, I have been on the boards of three AIDS and LGBT organizations.

I was in the 016 study of AZT until they kicked me out after I took too many ski vacations. (I wouldn’t take the experimental meds while on vacation.) But I survived without meds until 1996 when my CD4 count reached 300. I then started the cocktail, which restored my CD4s to normal and kept my virus undetectable.

In 2001, I lost 30 pounds and all my energy from lactic acidosis that resulted from my then-combo of ddI and d4T. After a month off of antiretrovirals (ARVs), I had never felt better, but I had a viral load of approximately 1 million. I eventually switched my ARVs and have been on a successful regimen since.

My partner of 23 years died in 2005 of liver failure from HCV complicated by HIV.

In 2010, I retired after 24 years of helping to achieve the lowest rate of HIV infection in injection drug users of any big U.S. city by promoting early needle exchange and support programs. I also helped Seattle achieve the smallest number of persons who are unaware of their HIV and the highest rates of getting infected persons into care and adherent to treatment.

Now I’m helping people dying of other diseases understand and access our state’s Death with Dignity law, which permits competent, terminally ill individuals who can self-administer the right to lethal prescriptions from participating physicians. I help such folks find physicians when their own doctors do not yet understand how palliative access to such options can be, at least to some people who are dying. We all will all die at some point.

What is your greatest achievement?
Being invited by the World Health Organization in 1986 and 2008 to participate in two worldwide meetings to further HIV prevention

What is your greatest regret?
Not adequately recognizing the great support of my long-term partner

What keeps you up at night?
Late-night TV. I have few worries these days, but when I was directing HIV control efforts locally, I worried about how to sell needed but controversial steps, like HIV reporting to public health officials.

If you could change one thing about living with HIV, what would it be?
I would have tried harder to convince my doctor I had lactic acidosis so as to avoid so much weight loss.

What is the best advice you ever received?
Find work that you love to do.

What person in the HIV/AIDS community do you most admire?
Anthony Fauci, MD

What drives you to do what you do?
I enjoy dissecting complex problems to understand the best strategy to improve the situation, and then trying to convince those impacted of the needed next steps.

What is your motto?
Know what you know and quickly admit what you don’t know.

If you had to evacuate your house immediately, what is the one thing you would grab on the way out?
My smartphone

If you could be any animal, what would you be? And why?
A younger human, unless you meant to rule out humans. Then I’d be a black Lab lab owned by a hunky young dude (after all, I’m gay).