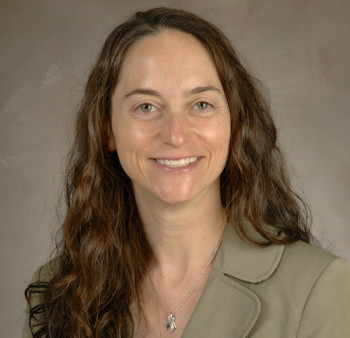 Netanya Utay, MD, of the University of Texas Health Science Center at Houston Courtesy of UTHealth

What Role Does Lymph Node Scarring Play in the Body’s Fight Against HIV?

A University of Texas researcher Netanya Utay, MD, who is exploring ways to decrease lymph node fibrosis, or scarring of the lymph nodes, in people living with HIV has been awarded a $75,000 grant from The Campbell Foundation.

Lymph nodes are located throughout the body, most noticeably in clusters in the neck, under the chin and in armpits. They’re part of the body’s immune system.

Lymph nodes can become scarred within days of an HIV infection, explains a Campbell Foundation press release about the grant, and such scarring damages the body’s immune system. In fact, research shows that people with HIV who have more scarring see less improvement in CD4s when they take HIV meds. What’s more, explained Utay, “lymph node fibrosis appears to decrease the amount of antiretroviral drugs that reach the virus in the lymph node, enabling HIV to persist there.”

“Therapies to prevent and treat fibrosis are limited,” said Utay, an assistant professor in the Department of Internal Medicine at McGovern Medical School at the University of Texas Health Science Center in Houston. “Our research could identify new approaches to decrease fibrosis in lymph nodes and potentially other tissues in people living with HIV.”

In her previous research, Utay found that the drug telmisartan decreased lymph node fibrosis in some people with HIV but not in others. With funding from the grant, she and her team will now look at two drivers of fibrosis—interleukin 13 (IL-13) and interleukin 33 (IL-33)—and try to determine how they contribute to the condition.

“Ultimately, this could result in better [antiretroviral] penetration into lymphoid tissue, decreased HIV burden in the lymphoid tissue and better immunologic responses,” said The Campbell Foundation’s executive director Ken Rapkin. “It also may result in the creation of new therapies that could reverse fibrosis.”