The following is an excerpt from the Hep Spring 2018 Special Issue cover story:

Eleven years ago, Ryan Clary, a longtime HIV/AIDS advocate for the likes of Project Inform and the San Francisco AIDS Foundation, pivoted his professional focus to ending the hepatitis C virus (HCV) and hepatitis B virus (HBV) epidemics in the United States.

Clary, 48, is now the executive director of the National Viral Hepatitis Roundtable (NVHR), where he leads a small but determined staff of health policy experts across the country dedicated to pushing policymakers, public health officials, medical and health care providers and the media to more aggressively address the nation’s liver disease crisis. [Editor’s note: Ryan resigned from NVHR.)

“The need is so great, and the resources are so few,” says Clary. “I just felt that there was a real opportunity for me to bring the skills and experience that I had developed in HIV advocacy to try to make an impact.”

His strategy for ending the HCV and HBV epidemics is to apply the grassroots tactics he and other HIV advocates used to combat that crisis—like empowering the voices of people living with HIV to communicate directly with their elected officials—to what has become one of America’s most urgent public health concerns.

His work has played a major part in shaping the national conversation around viral hepatitis. Today, NVHR is at the forefront of U.S. advocacy efforts both to end viral hepatitis and to better address the needs of people living with hep B and C.

Under Clary’s leadership, NVHR has become well known for pressing top government officials to make good on the promise to end the hepatitis epidemic by 2030—a goal originally set by the World Health Organization.

“Not only are we not moving toward elimination—we’re barely even managing the epidemics,” Clary says, pointing to recent statistics from the Centers for Disease Control and Prevention showing that the number of new reported hep C cases has nearly tripled over the past five years. “It’s so poorly funded that we’re going backward.”

In an attempt to keep the government on course, NVHR hosts regular hepatitis action days on Capitol Hill for liver disease advocates to share their concerns. The group also lobbies lawmakers year-round to step up their hepatitis elimination efforts on behalf of their constituents.

NVHR recently joined 60 other advocacy organizations in sending a letter to President Trump directly, urging him to allocate hundreds of millions of dollars for hepatitis elimination. 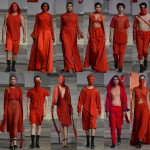 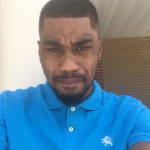 You Can Do What You Want to Do