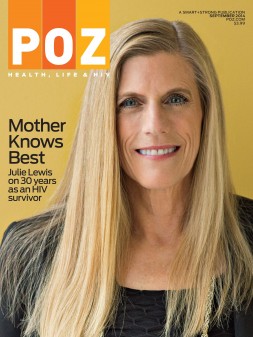 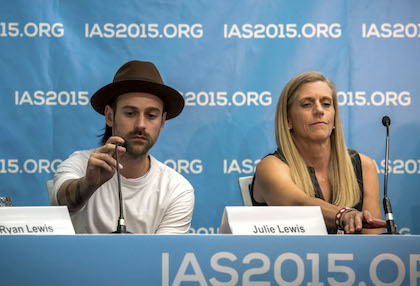 Reports on research findings are still flowing in from the 8th IAS Conference on HIV Pathogenesis, Treatment and Prevention, held recently in Vancouver, British Columbia. Among the scientists and public health experts who took the stage were musician Ryan Lewis (best known as half of the Grammy-winning hip-hop duo Macklemore) and his mom, Julie, reports the Vancouver Observer.

Why were the mother-son team on hand? Julie tested positive for HIV back in 1984 after a blood transfusion (her husband and three children did not contract the virus), and later she became an HIV educator and an advocate for health care.

Last year, to mark her 30th anniversary of surviving with the virus, she launched the 30/30 Project, with the goal of building 30 health centers around the world that will operate for at least 30 years. “Health Care Is a Human Right” is the project’s slogan.

The Vancouver newspaper reported that Ryan said the Lewis family wanted to give back to the HIV community because they felt lucky their mom survived the plague. “At the end of the day, we were just extremely privileged to have medicine, especially in the early ’90s,” said the “Thrift Shop” and “Same Love” musician.

Julie and Ryan Lewis attended the conference to talk about their charity work. So far, the 30/30 Project has built two clinics in Kenya and one in Malawi. Two more are expected to break ground in Uganda and India in the upcoming months.

To read more about the project, read the POZ cover story on Julie Lewis, titled “Health Care Is a Human Right.”

And for complete POZ coverage of IAS 2015, click here. 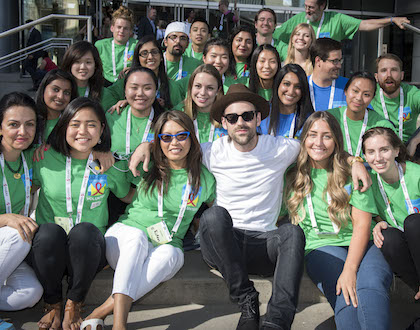