What to Say When Trump Acknowledges National HIV Testing Day?

“What we really need is action on the health care bill.”

Tuesday, June 27, marked National HIV Testing Day, and the White House released a statement from President Trump acknowledging the occasion (read the full text at the end of this post).

That release, in turn, sparked Scott Schoettes, the HIV project director at Lambda Legal, to issue a statement of his own, urging action, not words, from the Trump administration. “This is the first such statement out of this White House, despite numerous opportunities to address the HIV/AIDS epidemic over the past six months,” Schoettes writes, “but what we really need is action on the health care bill.”

Last week, Schoettes and five other people resigned from the Presidential Advisory Council on HIV/AIDS (PACHA) because Trump “simply does not care.”

“I am glad to see our resignations from PACHA prompted President Trump to at least say something about HIV,” Schoettes, who is living with the virus, said about the White House statement.

“The health care reform bill needs to be radically overhauled to address the needs of people living with or at higher risk for HIV,” Schoettes continued. “If we are going to get a handle on the HIV/AIDS epidemic, the Republicans must restore Essential Health Benefits, maintain Medicaid expansion, and continue funding the important sexual health and prevention services provided by Planned Parenthood.”

Schoettes has little faith that the Trump administration is going to make a genuine attempt to address the needs of people living with HIV. He plans on appealing to the senators working on the health care reform bill.

“Now that the Senate bill has been issued and the vote delayed,” Schoettes writes, “moderate senators need to sit down with HIV advocates to understand the consequences of this bill for people living with HIV, for communities affected by HIV, and for the country’s ability to combat the HIV/AIDS epidemic that rages on within various communities and geographic areas.”

Below is the full text of the White House statement:

Today, on National HIV Testing Day, we encourage people to take the first step— discovery—in fighting the Human Immunodeficiency Virus (HIV), the virus that causes Acquired Immunodeficiency Syndrome (AIDS). HIV has been one of the world’s most significant health challenges since it was first identified 35 years ago. Greater awareness through testing is crucial in defeating HIV and AIDS. Thankfully, because of progress in testing and treatment, we have never been closer to conquering the epidemic.

Today, there are 1.1 million people living with HIV in America, 15 percent of whom do not yet know their HIV status. Among young Americans infected by the virus, only 50 percent know they have contracted it. HIV carriers who do not know they have the virus put themselves and others at risk, missing out on life-saving treatment and possibly, inadvertently infecting others. People who are not currently receiving treatment transmit more than 90 percent of infections, as they do not benefit from treatments that dramatically reduce the amount of virus in their bodies. That is why the key to interrupting the chain of transmission is a simple, routine HIV test.

Thanks to concerted efforts to diagnose and treat more and more people, Americans living with HIV today are living longer, healthier lives than ever before. My Administration is determined to build upon these improvements and continue supporting domestic and global health programs that prioritize testing and treatment for HIV/AIDS.

On National HIV Testing Day, I encourage Americans to learn their HIV status. Together, we can protect ourselves and promote the health and safety of all. 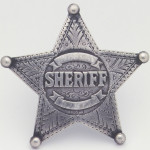