Courtesy of the ANCHOR Study

The most common treatments were electrocautery or infrared coagulation, two methods that use electricity or heat to burn off abnormal lesions. Other treatments included topical imiquimod or 5-fluorouracil cream or, in the most adavanced cases, surgery.

Over the course of the study, 86% of participants received one type of treatment, 10% received two types and about 2% received three or four types. Treatment was generally safe and well tolerated. Just seven people in the immediate treatment group and one in the monitoring group experienced serious adverse events related to biopsy or treatment procedures.

Implications for People Living With HIV
These findings support the inclusion of routine screening and early HSIL treatment as part of the standard of care for people living with HIV, Palefsky said. 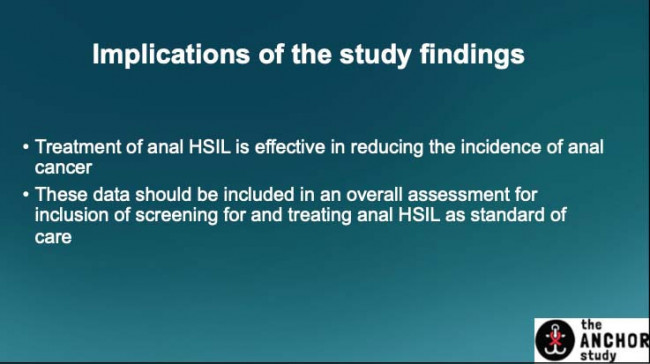