A stranger’s kindness helped Robert Mattocks after he was diagnosed with HIV.

My story begins when I was in my early teens. I didn’t get to truly enjoy my life as a child due to being on drugs. I remember constantly going to these big, lavish parties and thinking I was unstoppable while I did every drug you can imagine. I was hanging out with people twice my age, which made me think that I was cool—even if that meant doing drugs and having sex for money.

It was around Thanksgiving when I suddenly felt something was wrong with me. The symptoms hit me the day after Thanksgiving. Of course, being so naive then, I thought that it was just a severe sign of the flu. As the days went on, the symptoms became worse and worse. I did not know what was happening to me. Something told me I should go get checked for an STD [sexually transmitted disease], so I drove myself to the nearest clinic. I was greeted by a friendly man named Anthony. He pricked my finger, and there it was lying on the counter in front of me—the proof  that I was HIV positive. I did not cry or get angry but sat there in silence, staring at the ceiling.

Anthony hugged me and said it would be OK. He then told me that because I was underage, he couldn’t refer me to care without the consent of my parents. My parents could never find out about this. I did not know what to do. I was a kid.

I called every hospital and clinic begging to be admitted without parental consent, but each time I was slammed with “No.”

I called a food pantry begging for help and a kind gentleman on the other end of the phone just listened to me vent about everything that had happened so far. He said, “I am going to provide you with a phone number. You must go to this clinic, and I will make sure to get you taken care of.”

I drove to the clinic, and upon arrival I was greeted with open arms by a doctor who specialized in HIV care. He told me, "You spoke with my husband, and I know what happened. I’m here to tell you I will help pay for your care until you can get on a health insurance plan.”

This random man who I never met paid for everything and took care of me. I became undetectable in a week and never looked back or took drugs again. Being HIV positive was a blessing in disguise. I stopped doing drugs the day I was diagnosed, and I learned to appreciate a second opportunity in life. I was in awe of how there are still beautiful souls out there, especially the one who crossed my path and paid for my medical services. He risked losing his medical license for some random kid.

I have been undetectable for about eight years and now work for the clinic that opened its arms to me eight years ago. It’s another blessing for me to be there for newly diagnosed individuals because I know what it feels like to be on the other side.

The stigma behind it.

Learn to listen and be a steward of others.

Wanting the best for others and making sure people in my community are happy.

My phone! So I can find someone else’s house to stay.

I would be a panda because you can still look cute and sexy while eating as much as you can. 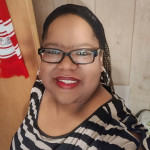 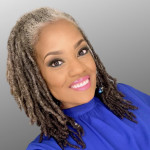