Scott Gottlieb, MD, is the new commissioner of the FDA. President Trump chose him in March to run the organization. As Stat News reports, the Senate confirmed him this week in a 57 to 42 vote.

Consumer advocates and Democrats had criticized Gottlieb, 44, as having financial ties to drugmakers whom he will now regulate. A physician, he is also a consultant and investor in the drug industry. According to Stat, Gottlieb has also earned praise as the FDA pick because of his experience with this industry.

Gottlieb worked in the FDA under George W. Bush, and in his speeches, he has mentioned his desire to speed up the drug approval process and to make generic drugs available faster and cheaper. He has also expressed concern about the safety of the nation’s blood supply and said he’s committed to fighting the opioid epidemic.

POZ’s March news item on his nomination for the post noted that Gottlieb is a fellow at the conservative think tank American Enterprise Institute and a partner at one of the world’s largest venture capital firms, New Enterprise Associates, which has a portfolio of over 300 businesses in the health care and technology fields. 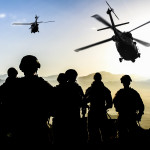