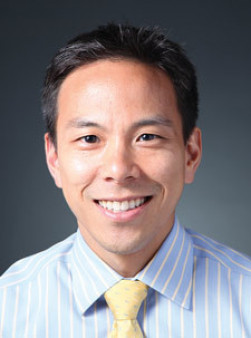 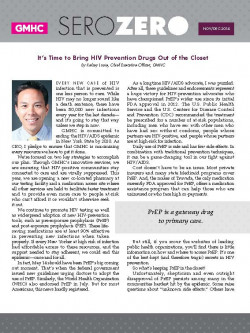 Every new case of HIV infection that is prevented is one less person to cure. While HIV may no longer sound like a death sentence, there have been 50,000 new infections every year for the last decade—and it’s going to stay that way unless we step in now.

GMHC is committed to ending the HIV/AIDS epidemic in New York State by 2020. As CEO, I pledge to ensure that GMHC is maximizing every resource we have to get it done.

We’re focused on two key strategies to accomplish our plan. Through GMHC’s innovative services, we are ensuring that HIV-positive communities stay connected to care and are virally suppressed. This year, we are opening a new co-located pharmacy at our testing facility and a medication access site where all other services are held to facilitate faster treatment and to provide even more care to people at-risk who can’t afford it or wouldn’t otherwise seek it out.

We continue to promote HIV testing as well as widespread adoption of new HIV-prevention tools, such as pre-exposure prophylaxis (PrEP) and post-exposure prophylaxis (PEP). These life-saving medications are at least 90% effective in preventing new infections when taken properly. If every New Yorker at high risk of infection had affordable access to these resources, and the support needed to stay adherent, we could end this epidemic—once and for all.

In fact, May 14 should have been PrEP’s big coming out moment. That’s when the federal government issued new guidelines urging doctors to adopt the use of PrEP. Similarly, the World Health Organization (WHO) also endorsed PrEP in July. But for most Americans, this news hardly registered.

As a longtime HIV/AIDS advocate, I was puzzled. After all, these guidelines and endorsements represent a huge victory for HIV-prevention advocates who have championed PrEP’s wider use since its initial FDA approval in 2012. The U.S. Public Health Service and the U.S. Centers for Disease Control and Prevention (CDC) recommended the treatment be prescribed for a number of at-risk populations, including men who have sex with other men who have had sex without condoms, people whose partners are HIV-positive, and people whose partners are at high-risk for infection.

Daily use of PrEP is safe and has few side effects. In combination with traditional prevention techniques, it can be a game-changing tool in our fight against HIV/AIDS.

Cost doesn’t have to be an issue. Most private insurers and many state Medicaid programs cover PrEP. And, the maker of Truvada, the only medication currently FDA approved for PrEP, offers a medication assistance program that can help those who are uninsured or who face high co-payments.


But still, if you scour the websites of leading public health organizations, you’ll find there is little information on how and where to access PrEP. It’s one of the best-kept (and therefore tragic) secrets in HIV prevention.

So what’s keeping PrEP in the closet? 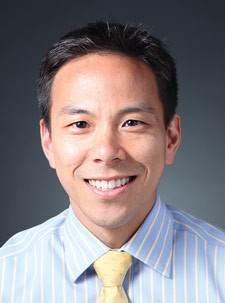 Unfortunately, skepticism and even outright disapproval of PrEP persists among many in the communities hardest hit by the epidemic. Some raise questions about “unknown side effects.” Others have condemned the government’s decision, arguing it is a “gateway drug” to sex without condoms. A few get nastier, dubbing PrEP users “Truvada whores” and accusing them of immaturity, cowardice or worse.

In fact, PrEP is a gateway drug to primary care. It’s use requires seeing one’s doctor regularly and testing for HIV every three months. It’s likely that people on PrEP will see their doctors more often and be more aware of their health than if they were practicing other forms of safe sex alone.

Of course, HIV prevention advocates must continue to encourage safer-sex practices in conjunction with PrEP. But with new infection rates stalled at 50,000/year nationally, and rising among youth and low-income communities of color, we need to use every tool at our disposal. These include PrEP, PEP and condoms. PEP, which is often a combination of several anti-retroviral medications, can be used to prevent HIV infection in emergency situations if taken within 36 hours but no later than 72 hours after exposure.

So rather than keeping PrEP & PEP tightly-guarded secrets, shaming those who use them, or simply ignoring the epidemic, our political, faith-based and entertainment leaders should be maximizing every opportunity to tear this closet door off its hinges and promote the proper use of PrEP and PEP.

We know from the early days of AIDS that we cannot expect our mainstream hospitals and health care providers to rapidly adopt PrEP and PEP, though the announcements from the CDC and WHO are critical. Health care providers and health centers must lead the way with endorsements of PrEP and PEP and clear pathways for access. We must aggressively advocate for every health insurer to cover PrEP — and insist that state and federal governments make it readily available to all who are at risk.

Can you imagine how quickly we would have embraced a pill for prevention that was over 90% effective in the ’80s and even the ’90s? How many lives could we have saved?

By preventing needless infections, PrEP and PEP can help curb the epidemic in the U.S. for good — and reduce the burden of HIV/AIDS on our health care system. We also know that prevention of HIV is significantly less costly to the health care system than hundreds of thousands more people becoming positive for the rest of their lives. And no matter what skeptics might say, taking one pill per day while at risk for infection beats a lifetime of treatment.

It’s time to bring PrEP and PEP out of the closet.

To read the issue as a PDF, click here.