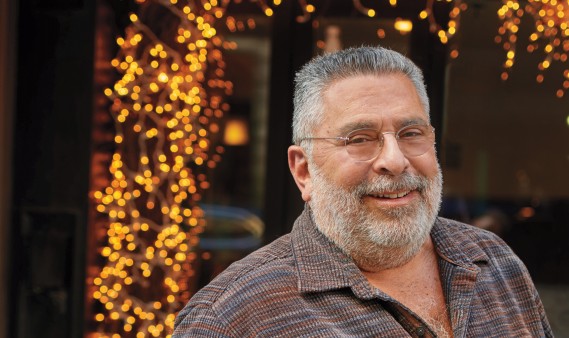 Lawrence D. Mass, MD, (a.k.a. Larry Mass) might be best known for writing the first news reports in 1981 on what would later be known as AIDS—weeks before the famous June federal report on the mysterious “cancer” among gay men.

Mass, an anesthesiologist by training and methadone maintenance doctor by practice, published numerous articles about the crisis over the next year in the LGBT newspaper New York Native. LGBT media reported on the epidemic long before mainstream media.

However, compared with his friend and GMHC cofounder Larry Kramer, Mass is a relatively unsung hero in the arc of AIDS history. Mass is also the only HIV-negative cofounder of GMHC.

“I was the sole holdout on the name for GMHC,” says Mass, recalling his discussions with fellow cofounders Edmund White, Paul Rapoport, Paul Popham and Nathan Fain who would meet at Kramer’s apartment to talk about the crisis.

“I never felt HIV was a gay disease,” says Mass, noting that it wasn’t long before injection drug users, women and others were affected. “But I will say that I was wrong. Gay Men’s Health Crisis turned out to be a wonderful name.”

While Kramer was at ACT UP, Mass took more behind-the-scenes action providing care for at-risk communities, writing news reports and books and penning GMHC’s Medical Answers About AIDS booklet for nearly a decade.

Now 70 years old, Mass continues to work part-time as a methadone maintenance provider and has written about the LGBT community, as well as people living with HIV, hepatitis C virus and substance abuse disorders in media outlets such as Gay City News, The Advocate, American Bear Magazine and the Journal of Homosexuality.

When asked about the accuracy of acclaimed HIV-related works, such as Randy Shilts’s And the Band Played On, Larry Kramer’s The Normal Heart (Mass says the character Mickey Marcus is loosely based on him) and David France’s How to Survive a Plague, Mass has some bones to pick.

“I ended up on the cutting room floor,” he says, explaining that Shilts’s book doesn’t mention his early reports in the Native and that his character in Kramer’s play is, for the most part, inaccurate.

In a recent criticism of France’s book on The Huffington Post, Mass also points out that contemporary AIDS histories often do not recall less triumphant aspects—such as the turbulent history of AIDS denialism, the global AIDS crisis or the epidemic’s effects on people of color, women, injection drug users and hemophiliacs.

Nonetheless, Mass admits that these works have played an important role, and he recommends them regularly—with a grain of salt.

“They show that people can overcome seemingly insurmountable obstacles,” Mass says. “And we’re going to have to do it again.”

Editor’s note: The reference to the number of articles written in the New York Native has been updated.