Sharon Maxwell, who was a member of the AIDS Clinical Trials Unit at Washington University in St. Louis, Missouri, for 21 years, died on January 20, 2016. Maxwell, who had polio and HIV, was also a strong advocate for women in HIV clinical trials.

Maxwell contracted polio in 1950 when she was 3 years old, and wore a leg brace ever since. As she wrote in the May 2008 issue of POZ:

As I grew up, I had to decide: Would I become a victim or become independent? I chose the latter. I became a graphic designer, photographer and artist. I became a stronger woman, and everyone eventually accepted my polio because it was part of me, Sharon.

Then, in 1994, I contracted another virus: HIV. My first thought was “Not again!” Here comes the familiar stigma, fear and anxiety about telling anyone I was living with disease. Fear that people would not look past the diagnosis to see the real person inside—a fully independent, funny, honest, bohemian woman.

In an emailed statement, Daniel Kuritzkes, MD, the chair of the ACTG executive committee, noted this about Maxwell: “It is with deep sadness that we note the passing of Sharon Maxwell, a devoted member of the ACTG community. Sharon was a member of the ACTG Community Advisory Board (CAB) for 20 years; she was one of the first co-chairs of the Global CAB, representing Washington University in St. Louis, and a past member of the Community Scientific Subcommittee. In addition, she represented the ACTG on the Women’s HIV Research Collaboration (WHRC) serving as co-chair, and as a member of Community Partners. Sharon was very active in local and state HIV advocacy in Illinois and was active in many HIV efforts, working for better support and education for all. Her tireless efforts encouraged greater community participation at every opportunity.” 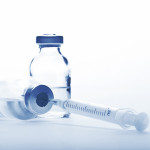 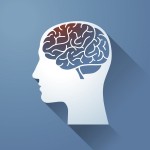