The British TV series “It’s a Sin” is a smash hit that raises HIV awareness. Is it also problematic and stigmatizing?

Another fab British import arrives this week: the five-part miniseries It’s a Sin, which follows a group of young, mostly gay friends who arrive in London as the AIDS crisis unfolds in the early 1980s. Airing February 18 on HBO Max, the show is penned by hitmaker Russell T. Davies, who brought us the original Queer as Folk and, more recently, Years and Years. It stars British pop star Olly Alexander and American actor Neil Patrick Harris (How I Met Your Mother), who are both gay. 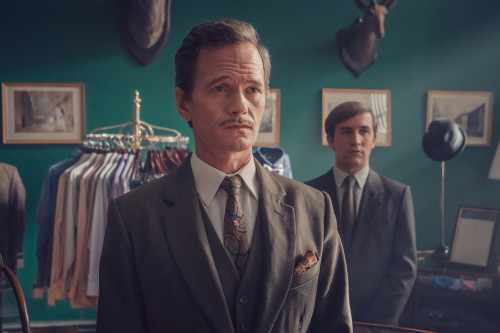 You can watch the official trailer for It’s a Sin at the top of this article. (And in case you’re wondering, the title derives from a 1987 single from British duo Pet Shop Boys. The hit song—it topped the charts in Britain and the Top 10 in the states—is sampled throughout the trailer.)

It’s a Sin premiered last month on Britain’s Channel 4. An instant smash, it become Channel 4’s most watched show ever and raised HIV awareness across the country. The show’s debut coincided with National HIV Testing Week in the United Kingdom, which this year saw a fourfold increase in testing compared with the previous year. The U.K. HIV organization the Terrence Higgins Trust attributed the spike directly to the show and its related awareness campaign featuring the show’s stars, according to Dazed Digital. 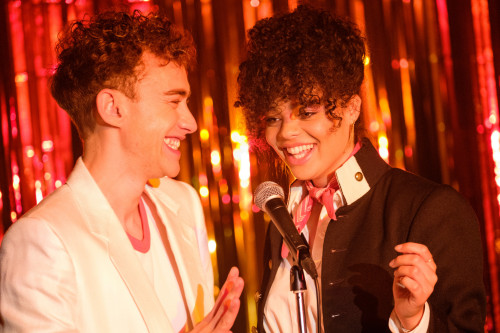 Some AIDS advocates, however, have expressed concern that people outside the informed HIV community might watch the show and find it scary and stigmatizing. Of course, in the 1980s, HIV was, in many respects, a death sentence. But we’ve come a long way. Effective treatment arrived in 1996, and now we know that people living with HIV who take medication and maintain an undetectable viral load cannot pass the virus sexually, a fact known as undetectable equals untransmittable (U=U). To spread this message in conjunction with the miniseries, HIV advocates at Prevention Access Campaign and AIDS service organizations have been strategizing and sharing ways to educate the public. HBO, for its part, will have a landing page with updated information about HIV. 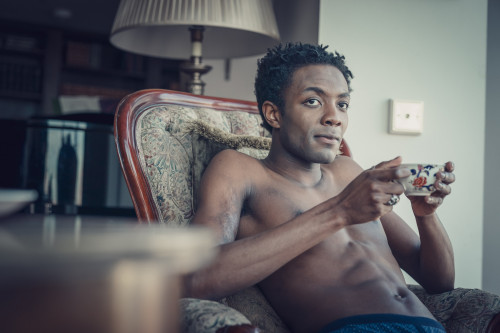 At least one long-term survivor, the American blogger Mark S. King, who has written for POZ, finds It’s a Sin problematic. In a blog post titled “It’s a Sin Really Wants Someone to Blame,” he writes that the show “reinforces dangerous, stereotypical myths about gay men in general and people living with HIV in particular. The gay characters of It’s a Sin have an overriding fixation on sex that becomes more unsettling as the series, and the pandemic, plays on.”

By ignoring the “heroic history” of many gay men—like those who promoted condom use and advocated for health care—Davies feeds into the trope of the AIDS monster who willingly spreads the virus, King writes, adding that the cliché has led to dangerous HIV crime laws that many advocates are trying to have repealed to this day. 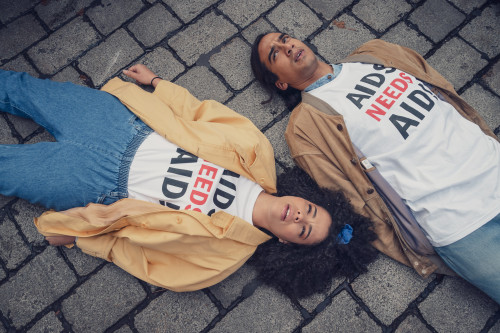 HBO Max doesn’t view the show through that lens, describing the series in the Instagram feed @itsasinonmax as “the story of these boys’ friends, lovers and families too, especially Jill, the girl who loves them and helps them, and galvanises them in the battles to come. Together they will endure the horror of the epidemic, the pain of rejection and the prejudices that gay men faced throughout the decade. There are terrible losses and wonderful friendships. And complex families, pushed to the limit and beyond. This is a series that remembers the boys we lost and celebrates those lives that burned so brightly.”

For Davies, It’s a Sin is largely autobiographical. “This series fits my life literally. I was 18 in 1981, [and] I went to university,” Davies told RadioTimes.com. “A lot of my friends went to live in London, all my gay friends all went to London, and they moved into a big flat…they called it the Pink Palace.

“There will be a few friends who I haven’t seen for years who’ll be watching it going, ‘This is slightly familiar. I lived in the Pink Palace once.’ Some of them, of course, are no longer with us. They passed away because HIV claimed a lot of their lives. So it’s nice to pay testament. I’m very lucky in my job that I can do this.”

As the New York Times points out in a profile on Davies, he chose not to directly address AIDS in Queer as Folk, which premiered in 1999. (The U.S. remake, which he didn’t write and which debuted on Showtime in 2000, did feature AIDS storylines.) In defense of his choice, Davies has said he didn’t want gay men’s lives to “be defined by disease.” What’s more, he said, “If you look at my work over the last 20 years, I was always telling the story of sex leading to death, which I do think was very profoundly molded into me during the ’80s.” 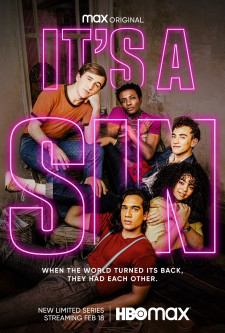 Other film projects in the past decade have explored the early decades of the epidemic, including Bohemian Rhapsody, 1985, After Lousie, BPM and the documentaries 5B and Quiet Heroes, to name just a few. For a collection of more articles, click #Film, which includes “Movies That Moved Us: POZ Readers List HIV/AIDS Films That Have Strongly Affected Them.”

And of course, there’s the hit TV series Pose, set in New York City’s ball scene of the late 1980s and early 1990s. In related news, see “Of the 773 Regular Characters on TV, Guess How Many Have HIV,” about a recent GLAAD study on the topic.