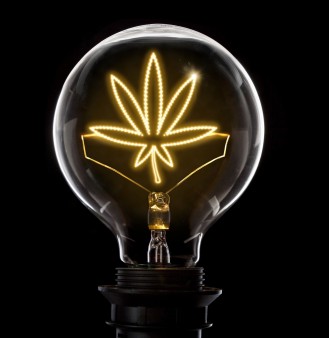 People with HIV who smoke pot may have less cognitive decline related to the virus compared with those who abstain. This theory derives from a small study investigating the relationship between THC, a key chemical in marijuana, and markers of the sort of inflammation associated with HIV-related cognitive decline.

Researchers studied blood samples from 40 people with HIV who reported whether they smoked pot. Isolating white blood cells from the samples and studying THC’s effect on them in laboratory experiments, the study authors found that those who did not smoke pot had very high levels of key inflammatory cells compared with the pot smokers. Those who smoked marijuana had lower levels of these inflammatory cells, similar to those seen in HIV-negative individuals.

These findings suggest that THC acts as an anti-inflammatory agent. Much more research is needed to further investigate THC’s role in inflammation among HIV-positive individuals and how this component of marijuana may thus affect the trajectory of cognitive function over time.

“The results from our study are preliminary but also very exciting,” says the study’s lead author, Norbert Kaminski, PhD, a professor of pharmacology and toxicology at Michigan State University. “What they suggest is that proteins on immune cells termed ‘cannabinoid receptors’ could represent an important therapeutic target to reduce the number of circulating inflammatory cells that can potentially migrate to the brain of HIV patients.”HIV