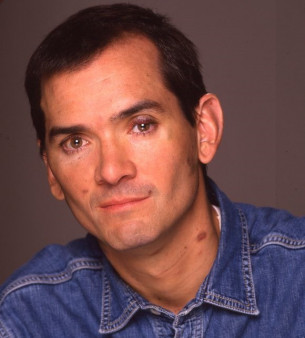 We have entered the era of resistance-based treatment.

Protease combination therapy has been a life-extender for many people with advanced AIDS. Including me.

The cost has been high in several ways. Merely 5 percent of HIV positive people worldwide can afford these drugs, but virtually everyone pays the price of unrealistic expectations, cruelly less­ened urgency and the possibility of a dangerous abandonment of safer-sex practices.

Our pop-a-pill, quick-fix culture makes us easy prey to simplistic solutions. But make no mis­take. The AIDS epidemic is not over.

Enormous questions remain unanswered. We have little idea when to begin therapy or if peo­ple who do not have advanced AIDS will, in the long term, benefit from combination therapy.

The decision to get on the antiviral merry-go-­round is not to be made lightly. As far as researchers know, once one starts on these anti-­HIV drugs, one must remain committed to them-and to the accompanying unknowns, limitations, costs and side effects-for life.

Three factors highly relevant to successful combination therapy—compliance, absorption and resistance—are only dimly understood by the mass media, many people with HIV and, tragically, far too many HIV-treating physicians.

If a patient cannot comply with strict and rigorous dosing, scheduling and food requirements, the therapy is destined to fail because of the growth of insufficiently suppressed viral strains.

Compliant patients unable to absorb the drug—due to diarrhea or gastrointestinal prob­lems (including those caused by the drugs them­selves)—are also likely to fail therapy. Diarrhea can flush out the drug before it is absorbed into the body and can suppress the virus.

In entering the age of protease combos, we have entered the era of resistance-based treat­ment choices. Perhaps most misunderstood is how critical it is to make sure one’s combination therapy consists of drugs (usually three) to which one has not already developed resistance.

If you are currently taking anti-HIV nucleoside analogs (AZT, d4T, dell, ddC or 3TC) and have any detectable viral load, it is foolhardy to simply acid a protease inhibitor to that already-failing regimen.

On triple-combination therapy, even in the absence of viral activity, resistance can develop to one drug, while the other two are temporari­ly repressing viral activity successfully. It’s sur­vival of the viral fittest, as HIV naturally mutates to escape the drug’s effects.

But instead of waiting for an increase in viral load, labs can measure resistance to each of the 10 anti-HIV drugs available (see POZ, August/ September 1996). They measure the sensitivity of an individual patient to different drugs in order to provide guidance on which new antiviral drugs to administer. These resistance tests also can determine whether a rising viral load is due to emerging resistance or is from some other cause (such as malabsorption or a transient infection).

Resistance testing is often not covered by insurance, it isn’t cheap (about $300), and its relevance is not universally accepted. But urgently needed clinical trials to validate the utility of these tests and guide treatment choices have not been conducted—or yet begun.

Those are the least of the trials not under way. Larry Kramer estimated, in the March issue of POZ, that there are 5,985 different possible anti­-HIV drug combinations now available; data are being collected on only a few. We must have a mas­sive compilation of data—“anecdotal protocols,” Kramer calls them—to enable us to learn which combinations work best—and worst.

Even with the data we do have, it is alarming that so many doctors inappropriately prescribe combination therapy. Some experts have called for a special licensing requirement for physi­cians to prescribe anti-HIV drugs; others have suggested an intensive educational requirement for patients to receive the therapy.

Tragically, the vast majority of people with HIV don’t have money, education or even the time to become as informed as they must be to survive.

The truth we must realize is that, accompanying the life-saving opportunity provided for the privi­leged by protease therapy, there is also an enor­mous moral obligation.

If we now let our voices fall silent, if we fail to demand and deliver access, trials and real hope for everyone with HIV, we are little more than selfish.

But if we use the new life and hope a few of us have been given to rein­vigorate our activism and raise our voices louder on behalf of all who have HlV, we can provide an example of compassion, love and ca1ing that would be a great way to close out this most violent and self­ish of human centuries.