Working to End AIDS in the South

Nic Carlisle became the executive director of Southern AIDS Coalition (SAC) this spring, but as he tells POZ, his dedication to the cause goes back several decades. 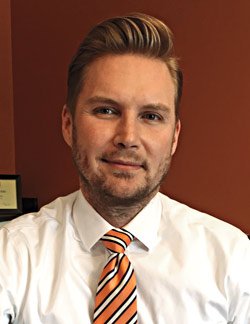 What is the Southern AIDS Coalition?
SAC was formed in 2001 by a group of state HIV/AIDS/STD directors, [and it grew to include] a diverse coalition of community partners. SAC demands adequate and equitable funding to mount a response to the epidemic. Most notably, SAC worked to modernize the Ryan White CARE Act. Its reauthorization redirected approximately $30 million to the South. We also connect experienced organizations with the broader community. For instance, SAC recently partnered with the Alabama Department of Public Health to host a live telecast to 12,653 registered participants from 30 states called “Improving Access to HIV/AIDS Care in the Rural South: Alleviating Structural Barriers Using Telemedicine.”

What HIV challenges face Southerners and SAC?
With the highest rates of new HIV diagnoses, the largest percentage of people living with HIV, and the highest rates of death due to HIV, the South is the epicenter of the epidemic in the United States. These inequities are fueled by weak public health infrastructure, disproportionately high rates of poverty, and conservative state laws and policies reflective of deeply rooted patterns of racism, sexism and homophobia. Unfortunately, very few Southern states have embraced Medicaid expansion. This is endangering lives, and advocating for expansion will be a major policy priority. Also, many Southern states lack a strong and empowered grassroots voice of people living with HIV. I see fostering these networks as absolutely fundamental to our efforts.

Finally, tell us about yourself and why you’re an AIDS advocate.
I grew up in a two-red-light town in the southeast corner of Alabama. Upon graduating from law school, I started Alabama’s first legal program for people living with HIV. I’m HIV negative, but I lost two uncles to AIDS. When I was in sixth grade, my teacher discussed HIV/AIDS briefly in class. She asked if any of us knew someone with the disease. I can clearly remember how ashamed I felt, not because I knew someone with AIDS, but because I behaved so cowardly by not raising my hand. Later, as a typical teenager, I took many of the same risks as friends who contracted the disease. It took me a long time to understand how my own sexual guilt and internalized homophobia were putting me at risk for HIV, feelings that were exacerbated by growing up in the South. I recognize the importance of addressing the social drivers of the epidemic, including racism, sexism and homophobia. I’m a proud Southerner. The work is hard and progress is slow, but I know we’ll end AIDS in the South one day. 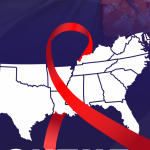