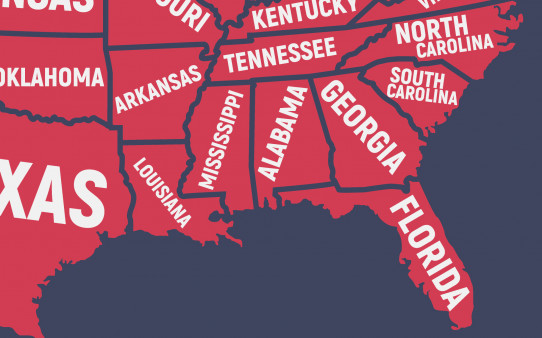 The results of a poll in seven states “are alarming and should hasten our…efforts on viral suppression.” There’s also good news!

A broad swath of Southerners support HIV prevention policies such as expanding Medicaid, requiring insurance companies to cover pre-exposure prophylaxis (PrEP) and teaching medically accurate, comprehensive sex education in public schools. Those are the findings of a public opinion poll in seven Southern states. However, the poll also found that many respondents were not knowledgeable about the science behind HIV prevention.

For example, only between 12% and 18% of respondents believed the following statement: “People living with HIV who regularly take their medication and achieve viral suppression, cannot transmit HIV through sexual contact.” The statement refers to U=U, shorthand for undetectable equals untransmittable. Data backed by the Centers for Disease Control and Prevention show that U=U is 100% effective in preventing the transmission of HIV.

The survey was conducted earlier this month in Alabama, Georgia, Louisiana, Mississippi, North Carolina, South Carolina and Tennessee; about 600 voters in each state were surveyed. It was spearheaded by the North Carolina AIDS Action Network (NCAAN) with financial support from AIDS United’s Southern HIV Impact Fund. Results of the public opinion survey were presented by NCAAN and the Latino Commission on AIDS at the 10th International AIDS Society Conference on HIV Science (IAS 2019) in Mexico City last week.

“We’ve come a long way in the HIV treatment and prevention community, [but] we’ve still got a long way to go,” said Lee Storrow, the executive director of NCAAN, in a press release about the survey’s findings. “The results about knowledge of U=U are alarming and should serve as a challenge to hasten our public education efforts on viral suppression.”

Another takeaway is more heartening. “These poll results show that Southerners want policy changes to address our health care needs—we just need policymakers to listen to their constituents,” added Judith Montenegro, the program director of the Latino Commission on AIDS’ Latinos in the Deep South project, in an NCAAN press release.

The survey also showed that many people are unaware of PrEP. When taken daily or at least four times a week, according to the CDC, the HIV pill Truvada reduces the risk of contracting HIV via sexual contact by 99% or more among men who have sex with men and between 88% and 90% or more among women. (The risk reduction for women may very well be greater than 90%, but currently available research is insufficient to refine the estimate.) PrEP also reduces the risk of contracting HIV via use of contaminated needles by an estimated 74% to 84% among people who inject drugs.

One survey question asked, “How much have you heard about pre-exposure prophylaxis, often known as PrEP?” The results in Georgia were as follows:

The very next question explained what PrEP was and that several state and local health departments have started funding programs to provide PrEP to low-income people and asked, “Do you support or oppose these program?” The results in Georgia:

Based on responses like these, NCAAN concluded that “rigorous, scientifically sound public opinion polls can be a powerful tool to advance HIV prevention efforts.” What’s more, the data can be used to justify funding from health departments.

In related news, the CDC recently updated its data on HIV transmission risk. You can read about that here. For a collection of POZ articles about HIV in Southern states, click #South. And for a roundup of the research findings that emerged from the Mexico City conference, click #IAS 2019.