HIV diagnoses dropped significantly in the COVID era, but the CDC is not drawing conclusions from that.

When is a drop in new diagnoses not a win for ending the HIV epidemic? When that drop comes amid a global pandemic that has reduced HIV testing and other services, according to new surveillance data from the Centers for Disease Control and Prevention (CDC).

According to data released May 24, new HIV diagnoses in the United States dropped to 30,635 in 2020. That’s a 17% reduction from the 36,940 people who received a diagnosis in 2019. But the drop is likely attributable in part to the interruption in HIV care and prevention services due to COVID-19. 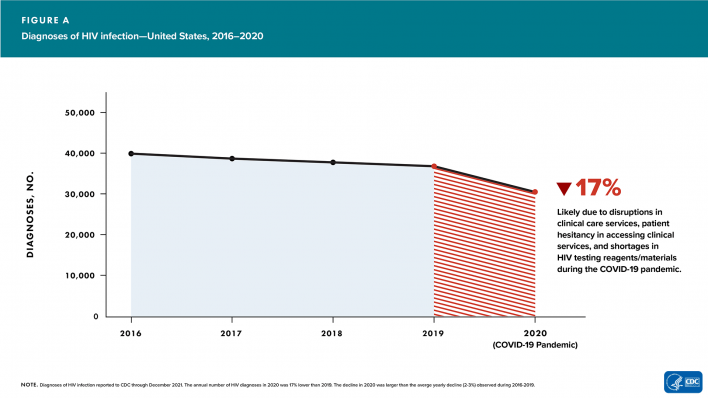 While the HIV diagnosis rate dropped nationwide, rates continue to be higher in communities and states prioritized in the Ending the HIV Epidemic plan. The national rate in 2020 was 10.9 diagnoses per 100,000 people. But state rates ranged from 18.7 per 100,000 people in Louisiana at the top end to 1.4 per 100,000 in Maine. People in the South were 15 times more likely to be diagnosed with HIV than those in the Midwest. 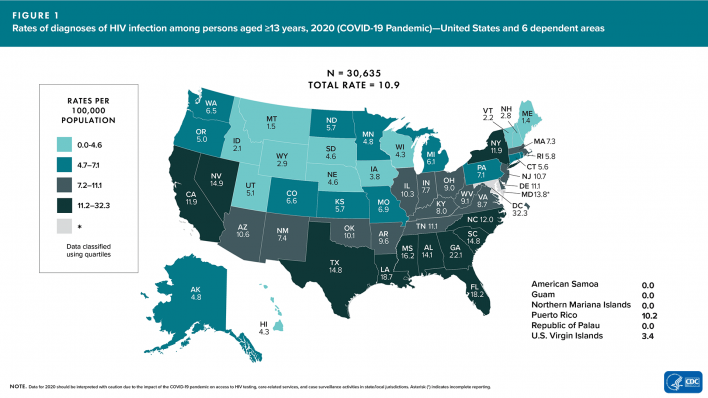 People between ages 13 and 34 accounted for 57% of new HIV diagnoses in 2020. And those ages 25 to 34 were 24 times more likely to receive a diagnosis. Black folks continue to account for more than 40% of new HIV diagnoses (42%) despite making up just 12% of the U.S. population. Latino people made up 27% of new diagnoses. That’s nearly the same proportion as white Americans, at 26%. But because Latinos make up a far smaller share of the population, this meant that Latino people were 17 times more likely to be diagnosed with HIV than their white peers. 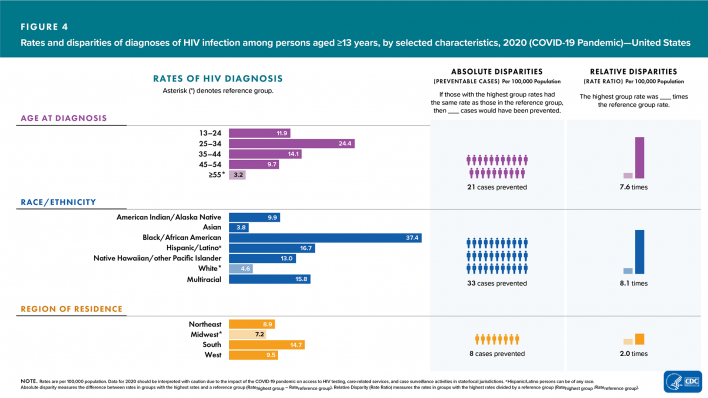 By transmission route, gay and bisexual men accounted for 72% of people diagnosed with HIV—a figure inclusive of the 4% of gay and bi men who also inject drugs. Among newly diagnosed gay and bi men, 39% were Black, 31% were Latino and a quarter were white; the disparity was even greater for young people. Meanwhile, white people were overrepresented among those who acquired HIV through injection drug use. 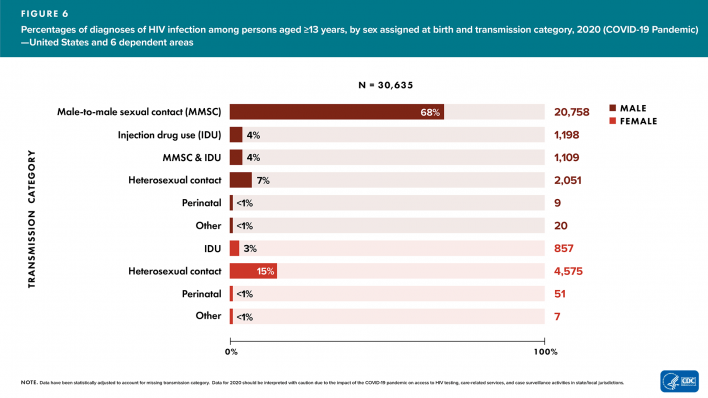 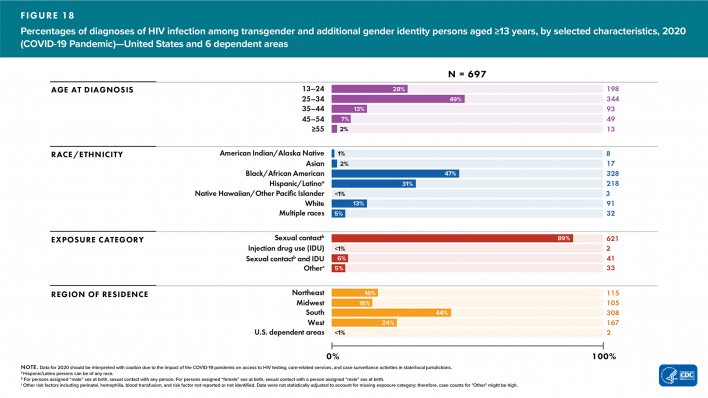 And while the report notes that the absolute number of transgender people included in the data was small and therefore should be used with caution, the same racial disparity was seen. Nearly half—47%—of newly diagnosed transgender people were Black, 31% were Latino and just 13% were white. Nearly half—44%—lived in the South. The vast majority of these new cases were attributed to sex, at 89%.

“As the COVID-19 pandemic is still ongoing, more time and data are needed to accurately assess COVID-19’s impact on HIV in the United States,” the report states. “Data for the year 2020 should be interpreted with caution due to the impact of the COVID-19 pandemic on access to HIV testing, care-related services and case surveillance activities in state and local jurisdictions.”

Click here to learn more about HIV testing and diagnosis.