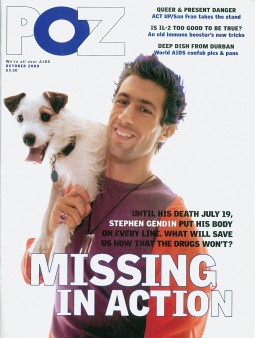 The teenagers leading the tour of New York City’s Harvey Milk High School on December 17 were probably 9 or 10 when legendary AIDS activist and POZ pioneer Stephen Gendin died, at 34, in 2000. Gendin was deeply involved in the founding of POZ—he appeared twice on its cover—and his defining contribution to its writing and its advocacy will always live on in our offices and our archives (see “Man of the Year,”  and “Bare Witness”). If the Harvey Milk students knew anything of Gendin’s legacy as they passed the lobby plaque unveiled in his honor that night, they didn’t let on. Yet their pride embodies Gendin’s and others’ contributions to the Harvey Milk student body—96 lesbian, gay, bisexual, transgendered (LGBT) and questioning kids—and to the Hetrick-Martin Institute (HMI). It runs after-school programs at Harvey Milk for more than 1,000 LGBT youth ages 12 through 21, who come from all over the New York metropolitan region.  Chief among the services are AIDS awareness, testing and care referral; donations from Gendin’s trust and other sponsors have spared HMI from relying on federal AIDS funding, with its ideological/abstinence restrictions. And the kids know a thing or two about ideology.

“I come from a small town in Florida,” announced one young man, a Harvey Milk junior. “A football town.” The older folks in the tour, many of them HMI donors who’d come to see the school’s newly expanded facilities, murmured in acknowledgment. “So when I first started to realize I was gay and come out, my aunt thought it would be better for me if I came to live with her in  New York.” He paused outside a classroom that for him marked a personal best. “This is where I got my first B in math!” His audience applauded.

HMI Executive Director Thomas Krever clapped too, and then took a moment to explain some of the group’s innovative AIDS-education programs. “I’m 38,” he said, “and I find the topic of AIDS intimidating. Imagine what it’s like for a teenager to talk about it eye-to-eye with an adult. So we try different strategies.” One involves photography: The youth are given a camera and asked to document their lives and surroundings. Then, distracted by the relative comfort and safety of the darkroom, while they develop the pictures with a counselor or teacher, they can discuss what the images might reveal about potentially risky behaviors: underage drinking, hypersexuality, etc. “We also have a nutrition program, where the kids can talk about HIV with nutritionists in the school kitchen to design meals that promote good health.” Homeless LGBT youth, meanwhile, can access showers and a clothing pantry while being referred to a social worker.

How many lives could these resources have saved 20, 15, 10 or even 5 years ago? And, more hopefully, could they be preparing any of today’s HMI youth to follow in the gaping footsteps of Stephen Gendin? 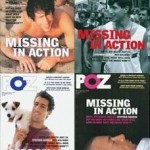