REPRIEVE for Heart Disease in HIV

Why is heart disease increased among people living with HIV?

In the United States, people living with HIV are living longer, due to the dramatic success of antiretroviral (ARV) therapy. However, a silent epidemic of heart disease has been shown to affect HIV-positive people, who may be without symptoms and thus unaware of the increased risk for stroke or heart attack. Data suggest that the risk for heart disease is increased 50 percent to 100 percent among people with the virus.

Why is heart disease increased among people living with HIV, and can anything be done to prevent it? A number of factors are likely to contribute to increased heart disease in HIV, including traditional risk factors — for example smoking, high cholesterol, and other factors, such as family history. In addition, recent data suggest that non-traditional risk factors may also contribute, including increased immune activation and inflammation.

People living with HIV should be encouraged to maintain a healthy lifestyle, including smoking cessation, good dietary habits and regular exercise. In addition, use of medications may be warranted. Among HIV-negative people, a class of medications, called statins, has proven effective to treat heart disease and in some selected populations, to even prevent heart disease. Similarly among HIV-positive people, these drugs may prove useful to prevent heart disease because they not only lower cholesterol, but also reduce immune activation. Preliminary data show that the drugs are generally well tolerated and effectively lower cholesterol and reduce plaque in the arteries of the heart in HIV-positive people.

Should all people living with HIV be taking a statin? The answer is that although the data are promising, we need proof from a large trial to show that these medicines are effective and well tolerated over the long run in the HIV population. To answer this critical question for the HIV population, the National Institutes of Health (NIH) has recently funded the largest cardiac prevention trial in HIV, called REPRIEVE, a Randomized Trial to Prevent Vascular Events in HIV.

REPRIEVE is designed to be very simple and easy for patients and aims to recruit 6,500 people in mostly U.S. and some international sites, and will utilize the AIDS Clinical Trial Group (ACTG) sites, as well as many other sites across the United States, Canada and Thailand. There are approximately 90 to 100 sites scheduled to participate in REPRIEVE. The medication chosen for REPRIEVE is thought to be particularly promising for HIV-positive people as it has no known significant interaction with ARV therapy. A subset of participants will also have a virtual coronary angiogram done to see if they have plaque lesions in their coronaries and how these respond to statin medication.

Why is it critical to participate in REPRIEVE? Largely through participation in clinical trials, the HIV population has helped to develop effective ARV therapy and accelerated the development of potent, well tolerated, life-saving therapies. Without data from such trials, this progress would not have been made. Similarly, we are at a critical juncture for heart disease.

We know the rates of heart disease are increased and we need to develop effective medications for this emerging HIV co-morbidity. Pitavastatin is a promising drug and data from this large clinical trial will tell us if this drug is effective. People  interested in learning more regarding REPRIEVE can go to the website at reprievetrial.org and find a site enrolling near them. Ask your doctor about REPRIEVE, it could save your life. 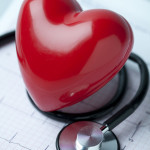 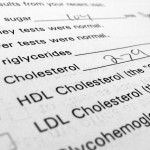 How often should I get my cholesterol checked? 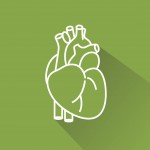 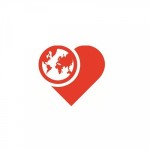 My heart seems to skip a beat. Might I have a heart problem?