In observance of National STD Awareness Month—recognized each April—health advocates and professionals are working to normalize testing for sexually transmitted infections (STIs), empower individuals to talk about sexual health with their health care providers and their partners and to raise overall awareness of the impact STIs have on the lives of Americans.

According to the Centers for Disease Control and Prevention (CDC), there are roughly 19 million new STI cases each year—nearly half of which are among people ages 15 to 24.

The CDC stresses that many STIs—including HIV—can be asymptomatic, making testing critical in detecting and treating them. Chlamydia is one of the most common STIs, particularly among women, so the CDC recommends that all sexually active women younger than 26 get tested each year. For sexually active men who have sex with men (MSM), the agency recommends annual tests for chlamydia, syphilis, gonorrhea and HIV. 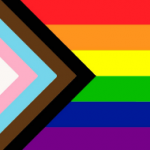