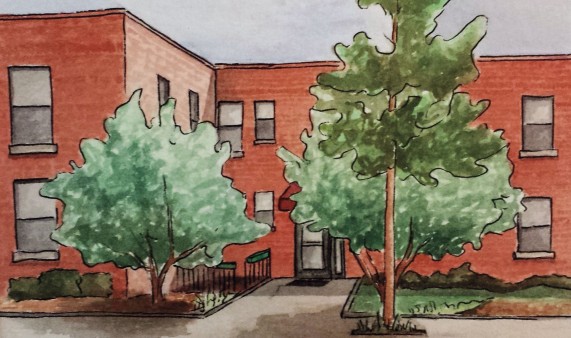 A painting of Miriam’s House, home to women with AIDS Courtesy of Carol D. Marsh

Stories of Courage From Homeless Women With AIDS

Carol D. Marsh ran a residence for homeless women with AIDS. Then she wrote a memoir about it, titled Nowhere Else I Want to Be. 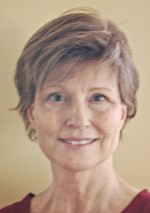 From 1996 to 2010, Carol D. Marsh was the founding executive director of Miriam’s House, a Washington, DC, residence for homeless women with AIDS. She and her husband also lived at the house, which served as home to over 150 women and nearly 30 of their children during her tenure (it remains in operation). We spoke with Marsh about Nowhere Else I Want to Be, her memoir about Miriam’s House.

What compelled you to write the memoir?

The world needed to hear from these women, to know their voices and stories. When I left because of chronic migraines, I started writing as part of my grieving process. I didn’t want to forget these women—they made such an impact on me. I hope to give a flavor of what the community was like and what personalities there were.

The book reads like a collection of vivid profiles and scenes of communal life, like cooking meals, decorating for the holidays, watching movies. In fact, AIDS doesn’t seem like the main focus.

So many of the women had so many issues—like abuse, neglect, poverty, prejudice, addiction—it was almost like AIDS was just one more thing to deal with.

What would you describe as the main misperceptions the public has about the population you served?

Speaking from my own experience, before [Miriam’s House], I just assumed they were less intelligent and lacking in higher moral acuity. I assumed they were mentally ill. It was easier to judge them from a distance and find them lacking and therefore say it’s their fault. I decry [that viewpoint] now, but I was that person at one point, partly because it was just too painful to contemplate that people had to live like that. I would imagine that people in general assume homeless women have nothing to say or teach the rest of us.

What characteristic do you think helps these women meet their challenges?

I remember saying, usually to staff, “I don’t think I’d be able to put a foot out of bed in the morning if I were facing the difficulties our residents are.” And if courage is defined as strength and persistence in the face of the grief and stress of life, then these women embody courage—and it’s humbling when you’re near it. I want to make sure not to romanticize it and pretend we walked around admiring each other. It was hard. But I’m grateful for my life at Miriam’s House and the women who were there.

The 2016 election seems to have divided us more than ever. But Carol D. Marsh knows firsthand it’s possible to overcome our fears of people who are different. Here, she offers insightful words that’ll help open our own hearts and minds. 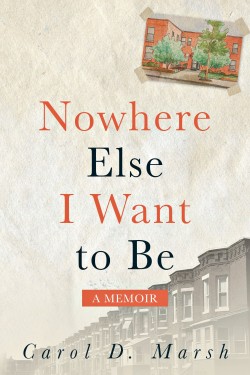