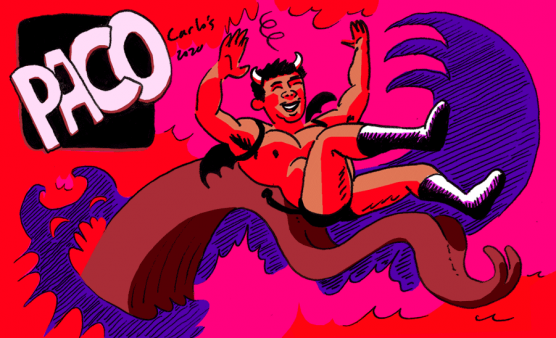 Check them out on VisualAIDS.org, and tune in to the related podcast.

Since the epidemic’s early days, comics have served to educate and advocate. In keeping with that history, Strip AIDS 2020, a series of four new comics and a related podcast, offers modern perspectives about life with the virus, ranging from HIV criminalization to women’s activism.

Commissioned by the nonprofit Visual AIDS, which uses art to fight HIV, and curated by London-based artist Paul Sammut, the fun, click-through comic strips are posted on VisualAIDS.org/comics.

“Comics can be a good venue for AIDS advocacy because of their ability to communicate so widely,” Sammut tells POZ. “As they’re primarily a visual medium, comics are a great tool for sharing people’s views, aspirations and experiences. This visual focus is engaging and can transcend language barriers, allowing them to convey ideas broadly, with immediacy and across demographics.”

Below are the four comics:

What’s more, graphic novelist Alexandro Segade hosts a four-part Visual AIDS podcast about Strip AIDS 2020. Each episode features the artists of one of the comics in conversation with special guests. Two episodes have been released thus far. In this week’s episode on Legalize Positivity HIV criminalization activist Robert Suttle talks with the comic’s creators Inés Ixierda and Clio Sady. You can listen to it on the Visual AIDS blog here and below:

In last’s week’s Just a Pill? artists J. Amaro and A. Andrews talked with Johnny Guaylupo, an HIV advocate with Housing Works, a nonprofit that fights the dual epidemics of HIV and homelessness. That episode is on the Visual AIDS blog here and below:

The podcast is also available on iTunes , Soundcloud, Stitcher and TuneIn. Print copies of the comics will be available in 2021 as part of a related gallery exhibition about HIV and comics that’s in the works.

Strip AIDS 2020 is inspired by a 1987 comics anthology titled Strip AIDS, which raised money for HIV efforts in London. That project led to Strip AIDS USA a year later.