OutServe-SLDN assists military living with HIV who are facing more challenges to serving their country. 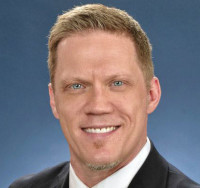 Peter Perkowski is a lawyer who wears many hats. His current role is legal and policy director for OutServe-SLDN. The group represents the U.S. LGBT military community as well as military living with HIV. He had previously served on the board of directors of OutServe-SLDN and its predecessor, Servicemembers Legal Defense Network. He sets and implements the strategic direction of OutServe-SLDN’s legal work and undertakes direct representation of some of its neediest clients.

In addition to his work for OutServe-SLDN, Perkowski serves as chair of the board for APLA Health. He also held that position for its predecessors, AIDS Project Los Angeles and APLA Health & Wellness. He is also a director of MPact, formerly known as The Global Forum on MSM & HIV.

He is the founder of Perkowski Legal, PC, a private practice serving businesses and individuals in the creative and cultural industries. He has two decades of experience in intellectual property, business litigation and immigration matters. His law degree is from George Washington University Law School.

Please describe the two HIV-related cases that OutServe-SLDN and Lambda Legal are currently working on together.

The first case is Harrison v. Mattis. The plaintiff is an enlisted man named Nick Harrison. [James N. Mattis is the current United States Secretary of Defense.] Harrison is a sergeant, a noncommissioned officer, who wants to move from the enlisted ranks into the [commissioned] officer ranks. Specifically, he wants to be a JAG [Judge Advocate General’s Corps] officer, and the current regulations prevent him from doing so because he has HIV.

Currently, people living with HIV are not allowed to join the military. However, if you test HIV positive while in the military you can continue to serve. In the Harrison case, the regulation that applies to people trying to join also technically applies to [enlisted] people who are trying to commission. This case is solely an issue of equal protection.

The second case is Doe v. Mattis. The plaintiff is an anonymous Army cadet at West Point [the United States Military Academy]. He was originally enlisted, so when he graduated from the academy and was set to commission he also was not allowed to do so because he has HIV.

His period of enlistment had expired by the time he graduated, so he became a cadet. As a result, the same regulation that I just described about commissioning as an officer applied to Doe. We argue in the case that retention standards should have applied to him, which means that he should have been allowed to serve as an officer.

We’ll be adding a plaintiff to the Doe case, a Navy midshipman who was separated under similar circumstances.

Looking ahead in these cases, we haven’t actually directly challenged the regulations that prevent people living with HIV from enlisting. Maybe having the new plaintiff will allow us to do that, so that’s something I’m sure we’ll want to take on eventually.

These cases are happening in the wake of the new Trump administration policy commonly known as “Deploy or Get Out.” Can you elaborate?

The policy directs the Pentagon to discharge those who cannot be deployed overseas for more than 12 consecutive months. Since those who test HIV positive while serving are already classified as nondeployable, that means they’re all now threatened with discharge.

However, there have been some exceptions to being nondeployable in the Navy that allow you to deploy on the ship or some foreign bases. I’ve also seen some examples in the Air Force where airmen were classified as limited deployable, but they’re still not worldwide deployable. Since the new policy refers to worldwide deployability, they technically could be facing discharge.

For next steps, I would expect the government to oppose our motion to halt implementation of this new policy. They’ve also stated to us that they intend to move to dismiss the complaint, so the courts will decide on all those motions. Hopefully, we will prevail.

In addition to these concerns, what are other issues facing service members living with HIV?

The legal status currently for service members living with HIV is precarious. I’ve represented soldiers and airmen who were subject to court martial or administrative separation because of the virus.

Everyone who gets HIV while serving is subject to what’s called a preventive counseling order, which we call the safer-sex order. It says you have to inform potential partners of your HIV status before engaging in sexual activity and you have to use condoms or some other barrier to prevent the exchange of bodily fluids.

The service branches differ in the language used, but those are the consistent provisions of the safer-sex order. Those requirements are without regard to the medical condition of either party.

For example, service members who are undetectable, meaning they can’t transmit the virus, who fail to comply with either of those provisions are subject to a court martial for either failure to follow an order or sometimes assault.

One of the cases I had was an airman who met another man on the gay dating app Grindr. The airman had listed his HIV-positive status on his Grindr profile. The accusing witness claims not to have seen that disclosure on the app and that the airman did not disclose his status vocally before sex.

One charge was for failure to follow the safer-sex order, although arguably he did follow it by putting his HIV status on his Grindr profile. The other charge was for assault because under military precedents the mere fact of failing to say you have HIV would negate any consent to sexual activity by the other party. So that is considered unconsented touching, which would be an assault.

We managed to convince the judge to hear expert testimony about the risk of HIV being essentially zero in this case. The jury acquitted on the assault charge, which is the worst of the charges. The jury convicted on the failure to follow an order, but they imposed no punishment.

Six months later, the airman’s commander went through with administratively separating him for what was called misconduct, including the alleged misconduct that he was acquitted on.

His commander granted clemency on the charge that he was convicted on, but he was still kicked out. He doesn’t have a record, and yet here he is jobless because somebody claimed not to see his HIV status on his Grindr profile.

The safer-sex order is something that we’ll definitely want to find a way to challenge moving forward as a preventive measure that’s far out of date and not reflective of current medical science.

Unfortunately, this Grindr case isn’t unique. I’ve seen others that were worse.

What keeps you motivated to continue in the fight against the virus?

I’ve been living with HIV for 20 years, so I have a personal perspective. But beyond that, what drives me to stay in this work is my desire for justice.

Apart from my current role on the OutServe-SLDN staff, I was a longtime board member and a volunteer. A board member I went to law school with kind of recruited me.

So even if I didn’t have the virus, these topics would outrage me. Having the virus just makes it all that more meaningful.