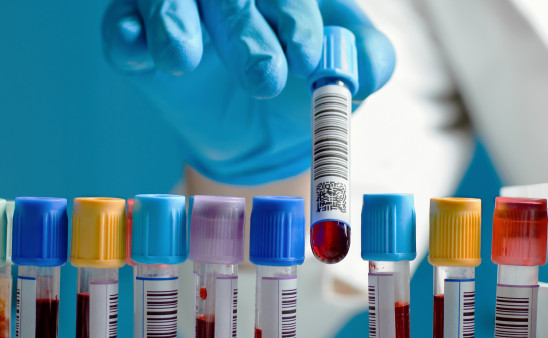 The newer tenofovir formulation can raise cholesterol and triglyceride levels, but these changes are reversible.

People who experience rising blood lipid, or fat, levels after switching from tenofovir disoproxil fumarate (TDF) to tenofovir alafenamide (TAF) can expect to see their lipid profiles return to their original levels if they switch back, according to a recent study.

Though considered generally safe and effective, TDF can cause or worsen kidney problems in susceptible individuals and may lead to a small amount of bone loss soon after starting treatment. On the other hand, TDF tends to lower levels of blood lipids, including cholesterol and triglycerides, which is beneficial in terms of cardiovascular risk.

TAF produces higher levels of the active drug, known as tenofovir diphosphate, in HIV-prone cells. This means it can be given in smaller doses than TDF, leading to lower drug levels in the blood and less exposure for the kidneys, bones and other organs.

Numerous switch studies have shown that people who substitute TAF for TDF see improvements in kidney function biomarkers and small increases in bone mineral density, though the clinical importance of these changes is unclear. But switching also leads to a rise in blood lipid levels, which pushes a larger proportion of people above the range considered optimal for cardiovascular health. More recent research shows that TAF can also lead to more weight gain than TDF.

As described in the journal AIDS, Ana Milinkovic, MD, PhD, of Chelsea and Westminster Hospital in London, and colleagues did a retrospective analysis of data from 385 people who switched from TDF to TAF. Within this group, 168 people switched back after generic versions of TDF became available in the United Kingdom. That is, these patients did not go back to TDF specifically because they developed abnormal lipid levels but likely did so to take advantage of lower cost.

After the initial switch from TDF to TAF, total cholesterol rose from an average of 186 milligrams per deciliter at baseline to 204 mg/dl at week 24; a level below 200 is considered desirable for adults. This increase was mainly driven by an increase in unhealthy LDL cholesterol. However, the ratio of total cholesterol to healthy HDL cholesterol remained stable, indicating that both types increased. Similarly, triglyceride levels rose from a mean of 153 mg/dl at baseline to 176 mg/dl when checked 24 weeks after the switch; a level below 150 is considered desirable.

Among the 168 people who switched back to TDF, which occurred after a median duration of 96 weeks on TAF, total cholesterol fell back to a mean of 185 mg/dl when checked 24 weeks later—about the same level as before the initial TDF-to-TAF switch. Triglycerides decreased to a mean of 145 mg/dl at 12 weeks after switching back to TDF, before edging up to 157 mg/dl at 24 weeks post-switch.

People who experienced greater increases in total cholesterol after switching from TDF to TAF also showed more pronounced decreases after going back to TDF, the study authors noted.

"The results demonstrate a reversible effect on lipids of switching from TDF to TAF and back," they wrote.

Although this analysis did not focus on whether kidney function and bone markers also revert to their original levels after switching from TDF to TAF and back again, the findings suggest that returning to TDF may be a feasible strategy for those concerned about elevated lipids while taking TAF.