People who switched to such a regimen gained up to 10 pounds in nine months.

Are you thinking of switching to Biktarvy or dolutegravir plus tenofovir alafenamide (TAF)? A preliminary analysis suggests that you could gain between five and 10 pounds during the first nine months, but these are early and incomplete findings.

Research shows that weight gain is common among people who start or switch to an integrase inhibitor, especially in combination with TAF. It appears that women—especially Black women—gain more weight than men. However, weight gain among people living with HIV and its link to antiretroviral (ARV) treatment is not fully understood.

Patrick Mallon, PhD, of University College Dublin in Ireland, and colleagues reviewed the medical records of 107,308 people on HIV treatment in the OPERA cohort, which draws from 84 clinics in 18 U.S. states or territories. Of these, 6,908 had switched from tenofovir disoproxil fumarate (TDF), TAF’s close molecular cousin, to TAF between November 2015 and February 2019. TDF is sold alone as Viread and is a component of Truvada and several single-tablet regimens; TAF is a component of Descovy and various single-tablet regimens.

More than 80% of individuals were men. The median age was approximately 45 years, and they had been on a TDF-containing regimen for a median of two years prior to their switch to TAF. All had an undetectable viral load (defined in this study as 200 or less). About a third were of normal weight, nearly 40% were classified as overweight and nearly 30% had obesity.

The researchers tracked weight and body mass index before and after the TDF to TAF switch as well as the presence of endocrine disorders that could affect or reflect weight, including diabetes, high blood pressure, abnormal blood lipids, hyper- or hypogonadism, hyper- or hypothyroidism and thyroid dysfunction. They also tracked medications that could cause weight gain (for example, psychiatric medications, blood pressure medications, hormones, antihistamines or oral steroids) or weight loss (for example, cardiovascular medications, bronchodilators or anti-inflammatories).

But it’s too early to say that weight gain on Biktarvy really is the highest. Fewer people were taking Biktarvy, and there was less follow-up time because the combination was approved more recently. People had been on Biktarvy for only an average of 14 weeks, compared with 38 weeks on dolutegravir and nearly 48 weeks on elvitegravir.

Click here for more news about weight gain and news about HIV treatment. 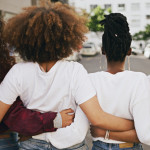 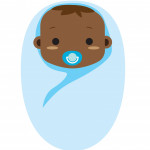