Symtuza Is a Promising Option for Rapid, Early HIV Treatment

An ongoing study is giving the regimen to those acutely infected with HIV, before waiting for results of resistance and other lab tests.

People acutely infected with HIV who were immediately prescribed Symtuza (darunavir/cobicistat/emtricitabine/tenofovir alafenamide), even before clinicians received results of resistance and other lab tests, appear to do well on treatment.

A total of 109 adults who were diagnosed with HIV within 14 days of infection were immediately enrolled in the study and started on Symtuza, doing so before typical screening and laboratory tests, including resistance tests, were completed.

As the results from such tests did come in, the study investigators reviewed them. Those participants who did not meet certain Symtuza-specific guidelines about HIV treatment safety or drug resistance were compelled to discontinue the regimen.

The study authors conducted their preliminary analysis at the 24-week mark, finding that 91 percent (99 of 109) of the participants had stayed on Symtuza. Ten participants discontinued the regimen, including three because of rules that prompted them to stop treatment for safety’s sake, three who were lost to follow-up, two who withdrew their consent to participate in the study, one who committed a study protocol violation and one who experienced an adverse health event.

None of the patients were required to stop taking Symtuza because of rules governing resistance testing results and the use of the regimen.

At week 24, 81 percent (88 of 109) of the participants had a fully suppressed viral load. None had experienced virologic failure, nor did anyone stop taking Symtuza because of its lack of efficacy.

Most of the adverse health events were grade 1 or 2 in severity. One person stopped treatment because of an adverse event. There were no reports of serious adverse events related to Symtuza. 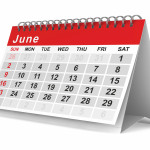