A new CDC analysis found that the syphilis rate among MSM is about 100 times higher than among men with only female partners.

Publishing their findings in the Morbidity and Mortality Weekly Report, Centers for Disease Control and Prevention (CDC) researchers relied on U.S. Census Bureau estimates of households including male-male couples to estimate of the size of the MSM population per county throughout 44 states. These states provided information on the sex of partners of those diagnosed with syphilis in at least 70 percent of cases. Of the 23,872 syphilis diagnoses seen in 2015, these states accounted for 83.4 percent.

Among MSM, the lowest state-specific diagnosis rate per 100,000 MSM was 73.1 cases in Alaska, while the highest was 748.3 cases in North Carolina. Regionally, the diagnosis rate among MSM was highest in the South and West. 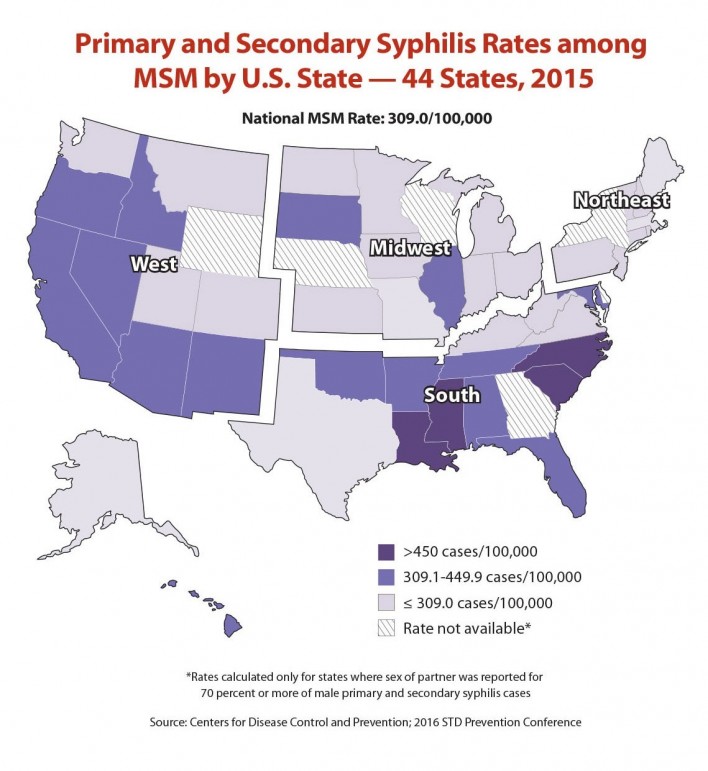