This finding is particularly relevant given the COVID-19 pandemic’s myriad disruptions to health care services and everyday life.

Expanding the use of telehealth among people with HIV could help keep them engaged in the routine medical care that is vital to protect their long-term health, a group of researchers has argued, AJMC reports. This finding is particularly relevant to the current moment, as the health care system rapidly adjusts to the ever-changing new reality wrought by the COVID-19 pandemic.

As described in a poster at the IDWeek conference in October, Dima Dandachi, MD, of the University of Missouri, and her colleagues conducted a survey of 371 people receiving HIV-related health care at a Houston clinic between February and June 2018. The survey sought to determine their attitudes about telehealth services.

Sixty-three percent of the participants were Black, and 83% were born in the United States. The majority acquired the virus through heterosexual sex. Thirty-six percent were women, and the median age was 51.

A total of 211 (57%) of the participants said they would be more likely to use telehealth than to attend in-person appointments if telehealth were offered. The most common reasons they cited for the telehealth preference were scheduling convenience (69% cited this), decreased travel time (63%) and privacy (62%).

A total of 137 (37%) of the participants said they would use telehealth frequently, perhaps exclusively, for their HIV care if this were an option.

Factors linked to a lower likelihood of using telehealth included living with HIV for more than 10 years, having difficulty with in-person visits and lacking the necessary technology.

After the participants tried telehealth, 52% retained their favorable opinion of the modality—despite still needing to make in-person visits to pick up prescriptions or have blood drawn for lab tests.

“Telehealth programs for [people with HIV] can improve retention in care,” the study authors concluded. “A modification of the definition for retention in care, incorporating telehealth, should be considered.”

To read a feature about the recent surge in the use of telemedicine, click here. 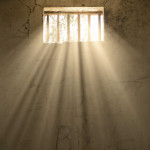