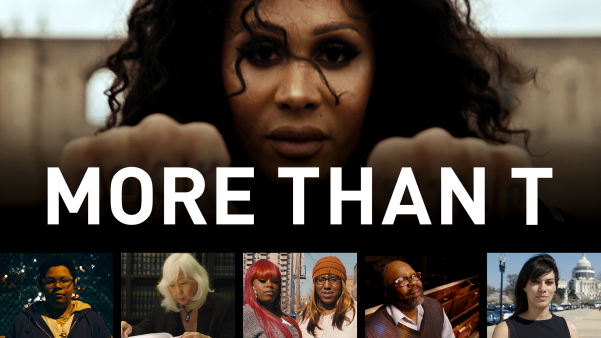 Plus: What’s with all those transgender “bathroom bills”? Find out in this “Trans 102” video vignette!

The documentary More Than T debuts on Showtime June 23 in honor of Pride month, and indeed, the film’s seven transgender and gender-nonconforming subjects give the LGBTQ community good reasons to feel proud.

Director Silas Howard (of the hit series Transparent), who is transgender, helmed the documentary, which was commissioned by MAC Cosmetics and the MAC AIDS Fund and includes a series of individual video vignettes titled Trans 102 (the must-see “Bathrooms” segment is below).

As POZ readers surely know, HIV rates are higher among the transgender community, especially transgender women of color (read more about that here and here). And though the epidemic is not the main focus of More Than T, the virus has what you might call a supporting role in the film. Two of the subjects profiled—Octavia Lewis and Ti’Aira, who are advocates in New York City—discuss living with HIV, while the Reverend Louis Mitchell, who is HIV negative, considers himself a long-term survivor, having lost many of his best friends to AIDS during the early days of the epidemic.

Defense attorney (and Vietnam vet) Mia Yamamoto, MAC artist Gizelle Messina, policy analyst Joanne Cifredo and Charlie, a formerly homeless youth, also appear in the film—and in the trailer posted at the end of this article.

As the documentary’s title implies, the seven profiles underscore that there’s much more to a transgender person’s life than being transgender. Or, as Ti’Aira told POZ, “We go to the grocery store just like other people and have different things going on in our lives.”

Originally from Memphis, Ti’Aira learned she had HIV in 2015, while living in New York City. At first, she struggled with accepting the diagnosis—a situation made worse by the additional stress of living in a shelter at the time—but she eventually turned to her transgender mentor, Octavia Lewis, who was open about her own HIV-positive status (Octavia, a foster mother of three children, has appeared on the cover of POZ; read the feature here). 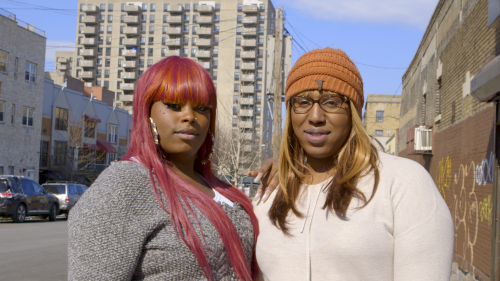 Ti’Aira and Octavia are both living with HIV and profiled in “More Than T.” Courtesy of Praytell

“Octavia started teaching me things,” Ti’Aira recalls, “like that I would be OK and could take a pill a day, and she got me hooked up with a doctor.” As predicted, Ti’Aira’s viral load became undetectable within a few months, which not only is good news for her own health and well-being but also means it is virtually impossible for her to sexually transmit the virus to others. “I just did what the doctor told me, as far as taking my medication every day at the same time,” she says of her treatment success, adding that securing her own home and a space to be alone helped immensely in her healing process.

Today, she’s dedicated to helping others, working at Callen-Lorde Community Health Center and advocating for a number of transgender issues, such as the violence many trans women face.

The Reverend Mitchell tells POZ that he participated in More Than T because “representations of trans folk tend to be younger, white and female” and as an “older Black guy,” he wanted to broaden that perspective. Well, mission accomplished.

What’s more, he brings to the film the perspective of a long-time survivor. In the ’80s and early ’90s, before he transitioned, he hung out with gay men in Los Angeles, only to lose most of them to AIDS-related illness, at a time when he was also getting sober. “My entire world changed from being one that was so deeply selfish to one that was almost completely driven by being present with people in the midst of these life changes,” he tells POZ. “It required of a 22- or 23-year-old some really hard conversations about life and what it was for and what you wanted to do with it—and none of us were prepared for that shit. It was hard.” Interestingly, survivorship ended up being a subject that the senior citizens in his church—white heterosexuals in Springfield, Massachusetts, who had been through wars of their own—could relate to. 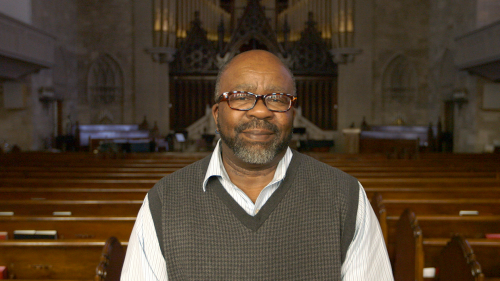 The Rev. Louis Mitchell is an HIV-negative long-term survivor of the epidemic profiled in “More Than T.” Courtesy of Praytell

POZ asked Mitchell whether he had any advice for folks struggling with an HIV diagnosis or long-term survivorship or perhaps a transgender issue, and he offered this: “Hope and gratitude are critical parts of success. The way I look at it is, it’s a matter of focus. I prefer to focus on the flowers rather than the fertilizer that surrounds them. We live in an ugly, harsh, cruel world with ugly, harsh, cruel people in it. But it is a matter of focus and of keeping your own equilibrium in place so you can manage and survive the day and try again tomorrow.”

He concludes: “I believe in the impossible—I look at it every day in the mirror. So align yourself with survivors and succeeders, whether it’s about seroconversion or your identity as part of the LGBTQ community or as the survivor of anything. If you can find someone else who has gotten through it, then you can take the next step. More than anything, be good to yourself and be easy on yourself, and hope for the future.” 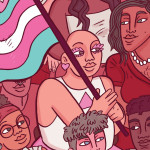 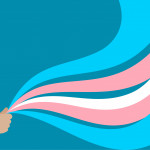 Gender-Affirming Care Plus HIV PrEP Coming to Houston (and Elsewhere) 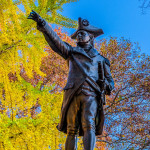