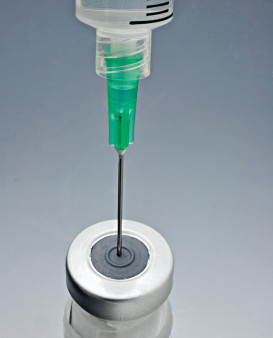 Periodic infusions of long-acting HIV antibodies may eventually become a new way of treating the virus.

Long-acting injections of HIV antibodies may eventually be an alternative to standard antiretroviral (ARV) treatment. Researchers gave 15 people, all of them on effective ARV treatment, infusions of two antibodies, called 3BNC117 and 10-1074. Two days later, the investigators stopped their ARVs; three and six weeks after that, participants received additional infusions of both antibodies. The infusions were generally well tolerated. Nine of the 11 people who finished the study experienced full suppression of HIV for more than 15 weeks and a median of 21 weeks—that’s while off ARVs. None of these nine individuals saw their virus develop resistance to both of the antibodies. Two of the participants still had a fully suppressed virus at the end of the 30-week study. A larger study is already enrolling an expected 40 participants with HIV who will receive an optimized regimen of the antibodies.