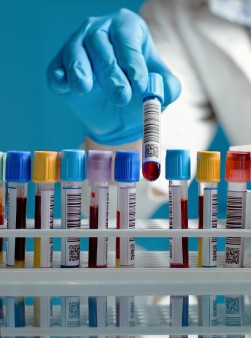 TaiMed Biologics in partnership with Theratechnologies is up for Federal Drug Administration (FDA) approval of the biweekly injectable antibody treatment ibalizumab for people with multidrug-resistant HIV. If approved, ibalizumab would be the first HIV therapy with a new way of attacking the virus to hit the market in a decade, as well as the first-ever treatment not taken daily. The FDA application is based on data from a Phase III study of ibalizumab that included 40 people with multidrug-resistant HIV who were taking a failing daily oral antiretroviral (ARV) regimen or were not on ARVs. After combining 24 weeks of intravenous ibalizumab injections given every two weeks with an optimized daily ARV regimen, the participants experienced a 40-fold average drop in viral load. Forty-eight percent of them saw a greater than 100-fold drop. Forty-three percent had an undetectable viral load, and half had a viral load below 200.