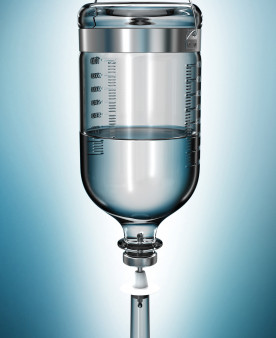 CytoDyn’s cloned antibody treatment PRO 140 (leronlimab), given as a weekly intravenous infusion, has received fast-track status from the Food and Drug Administration (FDA) for use in combination with daily oral antiretrovirals (ARVs) for people with drug-resistant HIV. The FDA decision should come by late 2019 or early 2020. PRO 140, which works by blocking the CCR5 co-receptor on the surface of CD4 cells to which most HIV attaches to infect the cells, has been tested in nine clinical trials that together included more than 700 people. According to CytoDyn, these studies have found that PRO 140 has a potent effect on HIV and produces fewer side effects than standard ARV treatment; the most common one is a mild or moderate reaction at the site of the injection. CytoDyn is also planning a Phase III clinical trial of people with a fully suppressed viral load on antiretrovirals, who will switch to treatment with PRO 140 alone.