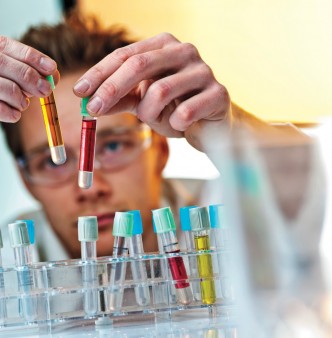 Researchers have found a new broadly neutralizing antibody against HIV that was safe and well tolerated while showing potency in neutralizing the virus in an early human trial. This antibody, called 10-1074, targets a location on the virus’s shell known as the V3 loop. Two other promising antibodies under development, VRC01 and 3BNC117, go after a different point on the virus’s shell: the CD4 binding site, which HIV uses to attach to and infect CD4 immune cells. Because of these distinct points of attack, using 10-1074 in combination with the other antibodies could put up barriers to viral resistance as does combination antiretroviral treatment, in which multiple drugs attack different phases in the viral life cycle. Researchers are looking into these antibodies as a possible component of HIV treatment or as prevention against the virus.